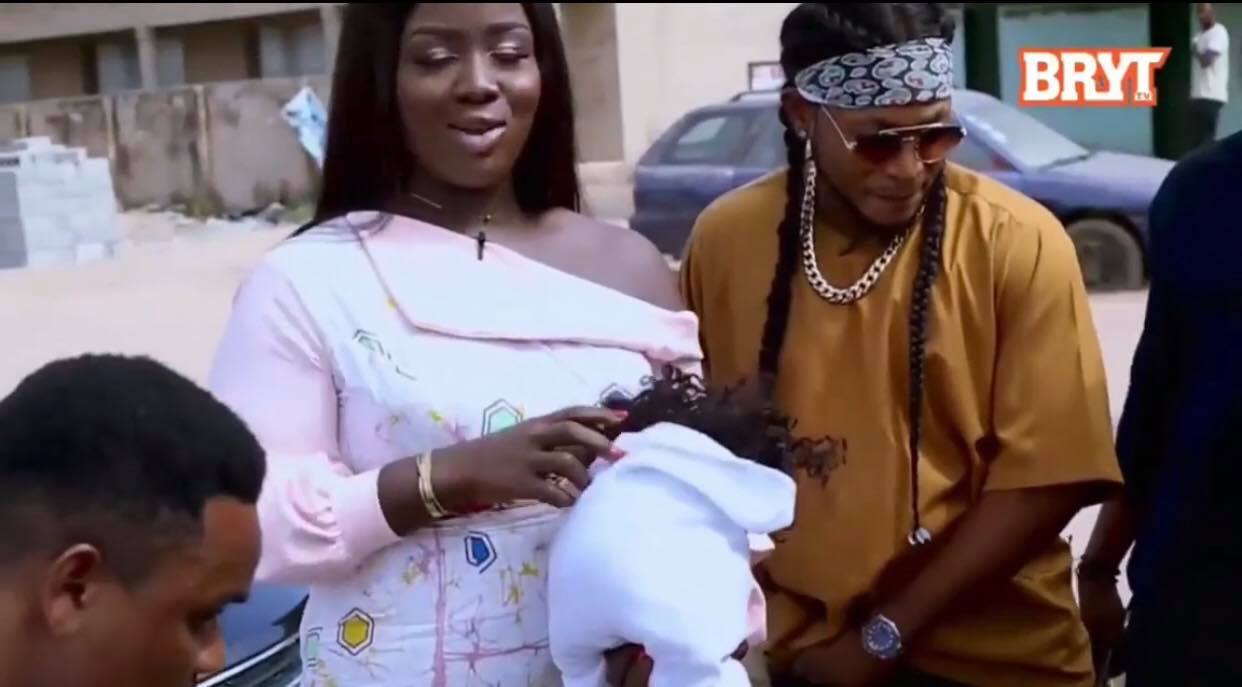 Musician turned crossdresser formerly known as Nana Boroo but now prefers to be called Berose 3sixty has bragged that he changes his GHc 14,000 wig every day to appear neat and slick.

During an interview on BRYT TV, the “Aha Y3 D3” hitmaker took the show host to the boott of his car to publicly display his expensive wig collection.

Sighting from the video, these assorted wigs were neatly packed in a big black polythene bag.

Berose 3sixty also added that he doesn’t successively repeat the wigs he wears reason he has so many of them in his car’s boot.

After a long break from music, Nana Boroo pierced into the mainstream media once again following his new feminine look which many netizens have tagged him as Ghana’s Bobrisky promax.