Nana Ama McBrown wades into the Relationship and dating Saga. 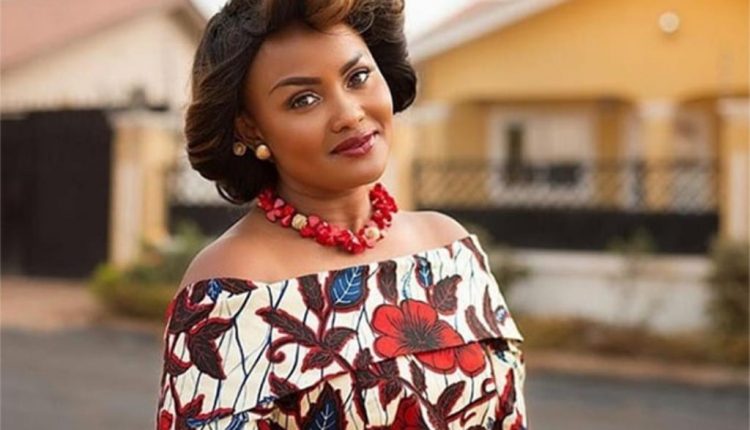 Following the Papa no  brouhaha on social media where Tracy Boakye was accused of sleeping with an unnamed high profile politician to make her fortunes, many celebrities have waded into the discourse which finally resulted in a banter between Afia schwar and Mzbel.

The latest celebrity to comment on the issue is the descent and popular Nana Ama Mcbrown. Indicating that almost everyone has dated someone’s ex or married same, Nana Ama Mcbrown seem to be dousing the flames of a long standing fire on social media.

Facts are that Maxwell Mensah who is the husband of Macbrown dated Mzbel sometime in the past. While Mzbel noted that she was good friends with Maxwell and when Maxwell wanted more than friendship she turned him down, Nana Ama Mcbrown does not even see anything wrong if her husband and Mzbel indeed dated in the past.

Commenting on the seeming feud between celebrities as to who dated whose ex with the accompanying pandemonium,  Macbrown said she dated Okyeame Kwame some years back but that creates no trouble between her and his current wife. To her, people just want to make a case where there is no case.

She further stated that sometimes, and those times are often, people try to put a wedge between herself, the husband and Mzbel but she has refused to be lured into that trap as there is absolutely nothing wrong with someone marrying someone else’s ex.