Ace Ghanaian movie actress, Kumawood star and TV presenter Nana Ama Mcbrown has shed more light on the reason she got married and shockingly; her submissions contradicts with the widespread speculations which went rife on the W3 that she married for a child and not purposely for the sake of a matrimonial union, Gossips24.com reports.

As claimed by Nana Ama Mcbrown during her special appearance on Life Tales, a TV program hosted Cookie Tee which is televised on GhOne TV. She purposely married for love and not for children as purported by social media detectives and gossip mongers.

According to the mother of one, procreation is one of the notable pillars of marriage but unlike other married womwen, child bearing was not the main agenda for her marriage but rather a man who was willing to love her regardless of her flaws as a human.

In her own words:

...When you are going through situations like that and you have somebody who loves you, it gives you the hope that it will happen for you one day…

As claimed by Nana Ama Mcbrown, love was the first thing she considered before finally settling down with her husband Mr Mensah Maxwell. 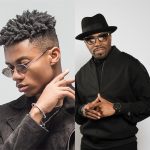 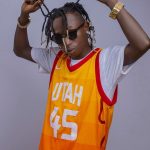