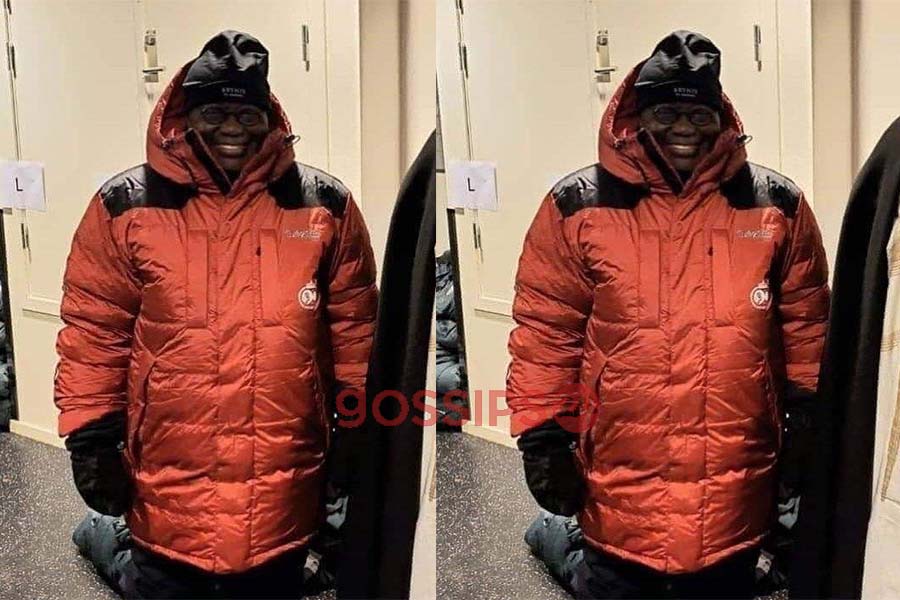 The president of Ghana, Nana Addo Dankwa Akufo Addo is currently in Norway as part of his Europe Tour.

The president, according to reports, is on a National mission and photos of him obviously having an experience of his life has surfaced on social.

In the photos, Akufo Addo who is in heavy clothes seems to be enjoying himself as he hanged out with equally high profiled personalities.

We are told the president after government mission in Oslo, the capital city of Norway traveled to Svalbard another city in Norway which is one of the colder places on earth.

And that was where he dressed like an Eskimo. See photos below:

Lady confronts family friend for sleeping with her father (VIDEO)