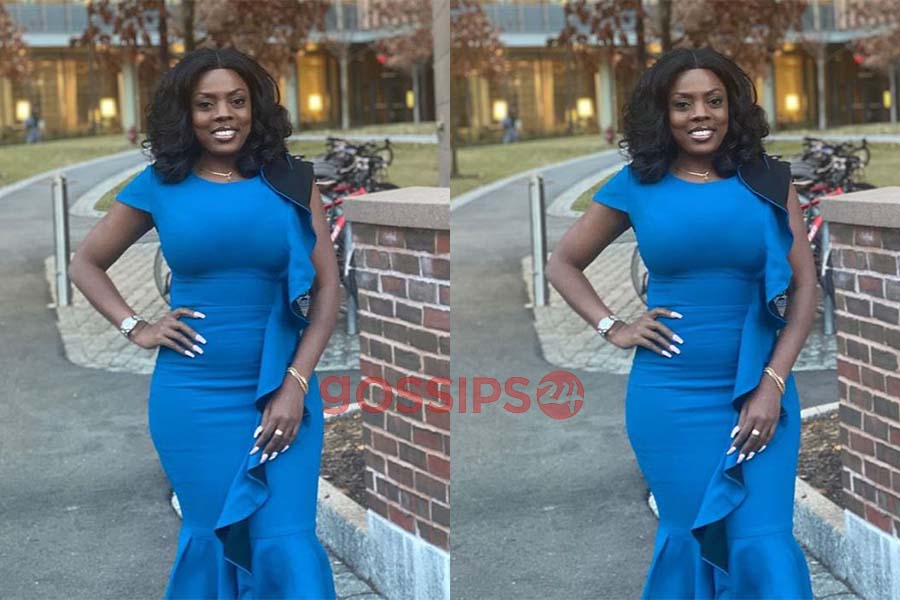 Now, Nana Aba herself shared series of photos of her Instagram page where she was right at Harvard Kennedy School as her location was shared alongside.

In another photo too, Nana Aba was seen in a nice straight dress but perhaps she took Ghanaians for granted and posted the picture since the whole ‘Harvard’ vibe was wild then.

However, in the photo, we realized the background had the inscription ‘Harvard Kennedy School’.

I have also learnt that Nana Aba did not go there as a student, though some say she applied for as a matured student. My sources at Havard tell me there was a week-long conference at the Kennedy School and Nana Aba happened to have taken part in the conference.

The picture below was from the conference!

So to say Nana Aba went to Harvard is a bit worrisome, she didn’t! You can also add your thoughts in the comment section.