Accomplished Ghanaian stand-up comedian who is well identified in the showbiz scenes as Foster Romanus. Has made a shocking revelation on his current finances basically still being fed by his parents after spending almost 10 years in the Ghanaian comedy Industry, Gossips24.com reports.

According to Foster Romanus, he still receives monthly allowance from his parents because he hasn’t been making money from his talent [comedy]. As asserted by Foster, despite spending so many years in the comedy industry he can’t boast of any expensive property, (car or house).

Foster Romanus made these claims during an interview with Zionfelix on his popular Uncut show. In the dying minutes of the Interview “broke” Foster additionally hinted that he’s yet to take comedy as a professional career. 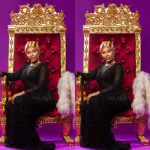 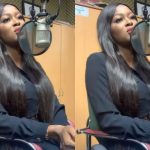 BBNaija: Ka3na hints on launching her own reality talk show