Reports reaching the desks of Gossips24.com confirms that a 34-year-old deliberately unnamed woman residing in Nima, Greater Accra Region, has poisoned her two sons because the husband refused to give her chop money.

According to sources, the wicked mother engaged in a hot argument with the husband yesterday morning centred on money for food for herself and their children. Which consequently forced the man to land some heavy-hot-dirty slaps on her face before he finally left home for work.

The evil mother decided to counter-attack her husband’s actions by intentionally poisoning their two children. If not for the timely intervention other occupants in the house who immediately rushed the poisoned children to the hospital, they would have been dead by now 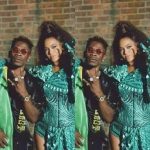 The wait is over: Beyonce ft Shatta Wale Already video finally out