Ghanaian Hip Hop musician, AMG Medikal, has finally responded to allegations that his cars has been seized by some unknown Military men who stormed his house.

Reports earlier circulated on Wednesday was that the military picked information that Medikal evaded tax by not paying the required duty stipulated by law at the harbor when clearing the cars and he might have used dubious ways to retrieve them when they arrived at the shores of Ghana.

AMG Medikal shows the face of his daughter, Island, for the…

AMG Medikal shames young boys who begged him for money…

Medikal has cleared all claims today on Twitter. He wrote,

“None of my cars have been seized, no police or soldier come my house, Cadet sef no come here, peverty fall on the blogger making those fake news, mboa mba😏😏” 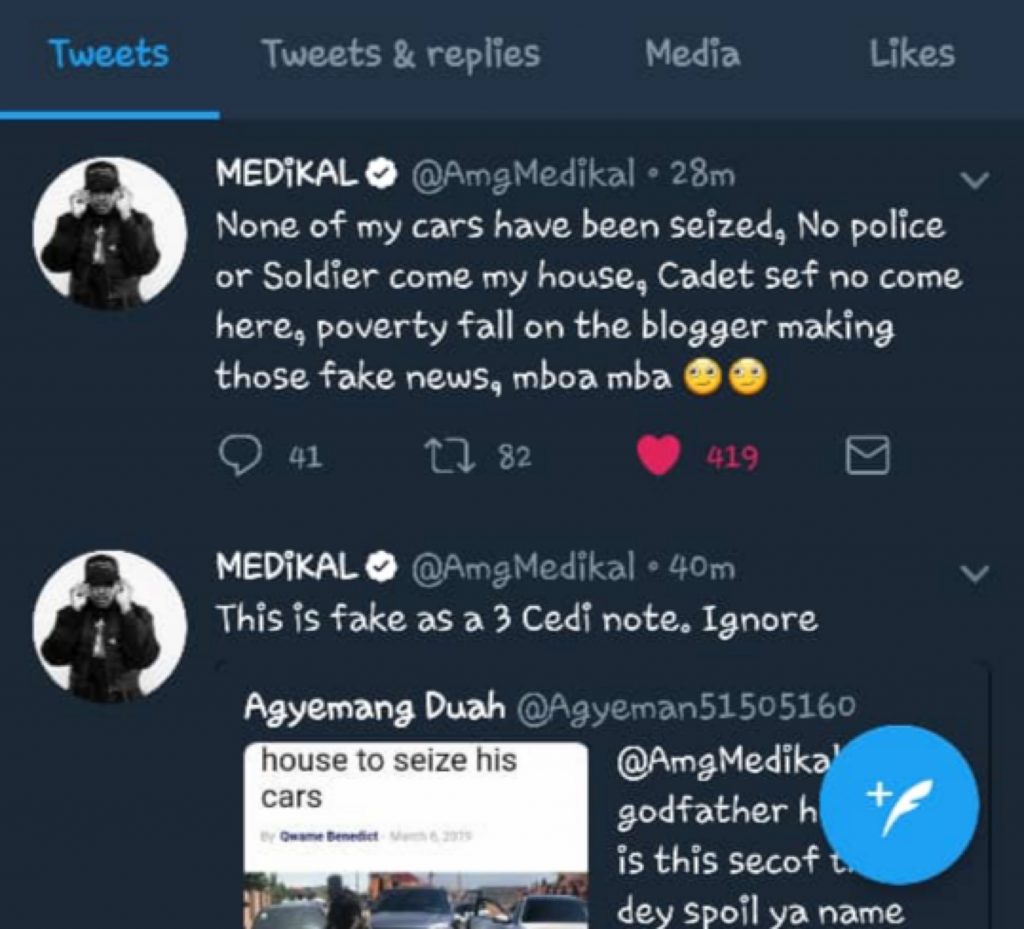 SEE THIS – Throwback Photos Of When Nadia Buari Was Pregnant