The brand manager of rapper Medikal, Richmond Amofa Sarpong who doubles as the founder of UMB Tertiary Awards has rubbished claims that Medikal begged the CEO of Pinamang Cosmetics for an ambassadorial deal.

According to her, Medikal sneaked into the inbox of the CEO of Pinamang cosmetics to become the company’s brand ambassador.

She added that Medikal and Fella Makafui were paid just Ghc1,000 for all the adverts they’ve been doing on Instagram for Pinamang Cosmetics.

He also opted to pay for the billboard which was mounted in the streets of the capital to announce to the public about the newly-built fake business relationship he has developed with the body-products company.

But, Richmond in an interview with Sammy Flex on Zylofon FM said it was rather the CEO of Pinamang Cosmetics who reached out to Fella Makafui in 2018 to sign her as an ambassador but due the numerous messages in Fella’s DM, she couldn’t reply on time.

Richie as he’s affectionately called, said, it was at the time of the coronavirus lockdown that Fella actually saw the message from the Pinamang CEO.

He stated on authority that, the CEO of Pinamang Cosmetics can never show records that she paid the celebrity couple Ghc1,000 as it has been highly speculated. 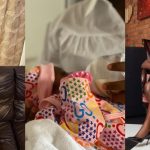 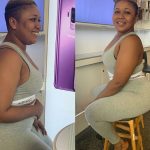