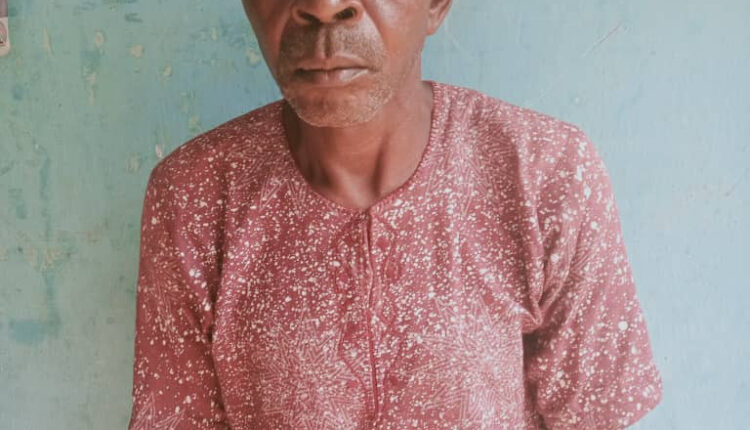 A 65-year-old man has been arrested for allegedly having sexual intercourse with his 85yr old Step-Mother in her room.

According to the spokesperson of the state police command, ASP Abutu Sunday, said the suspect Durodola Kayode Ogundel who is a son to the victim’s late husband, came into her room on June 15 to assist her in applying herbal medicine on her legs which he normally does due to her leg pain.

”The victim alleged that after applying the herbal medicine on her legs, the suspect forcefully had sexual intercourse with her twice.” the statement in part read.

Abutu added that the state commissioner of Police, CP Tunde Mobayo, has ordered the case be transferred to the State CID and be thoroughly investigated after which the suspect be charged to Court.