Ghana is set to witness what may be a long legal battle between crowd-pulling comedian, Kwadwo Nkansah, known to many as Lil Win, and Andy Odarky of TV3 Mentor fame.

The latter has sued the comedian over alleged “claim of ownership over the song, Ayeyi”.

Andy has told adomoline.com in an exclusive interview that there was a contractual talk between him and Boss Nation, a record label onto which Lil Win was signed on but the talk broke down mainstream.

He explained that when the talk failed and Lil Win eventually set up his own record label, Wizzy Empire, he allegedly decided to produce the song, own and release it in his name.

Andy said though he is the “composer, writer and singer of the song,” the only “credit” he was given by Lil Win is his claim he, Lil Win was the one who featured him (Andy).

He also added that Lil Win did not make any changes to the song as sung by him though Ayeyi is a song he has registered with the Copyright Office of Ghana.

Andy is, therefore, before a Kumasi High Court where he is seeking, among other things, that Lil Win is made to pay proceeds made from the song so far to him.

He is also asking the court to declare him as the owner of the Ayeyi song and not Lil Win as the later has been holding himself.

On why the contract talks with Boss Nation failed, Andy alleged he became apprehensive about Lil Win’s dealings when he once asked him to take another musician’s voice out and replace them with his (Andy’s voice) in a song he knew wasn’t his.

Your Former Manager Has Taken You To A Spiritualist To…

My Songs Are Popular Than The Ones You Nominated – Lil…

Adomonline.com has tried to reach Lil Win on the matter, but has not been successful.

Below are screenshots of the Writ of Summons as issued by the Kumasi High Court: 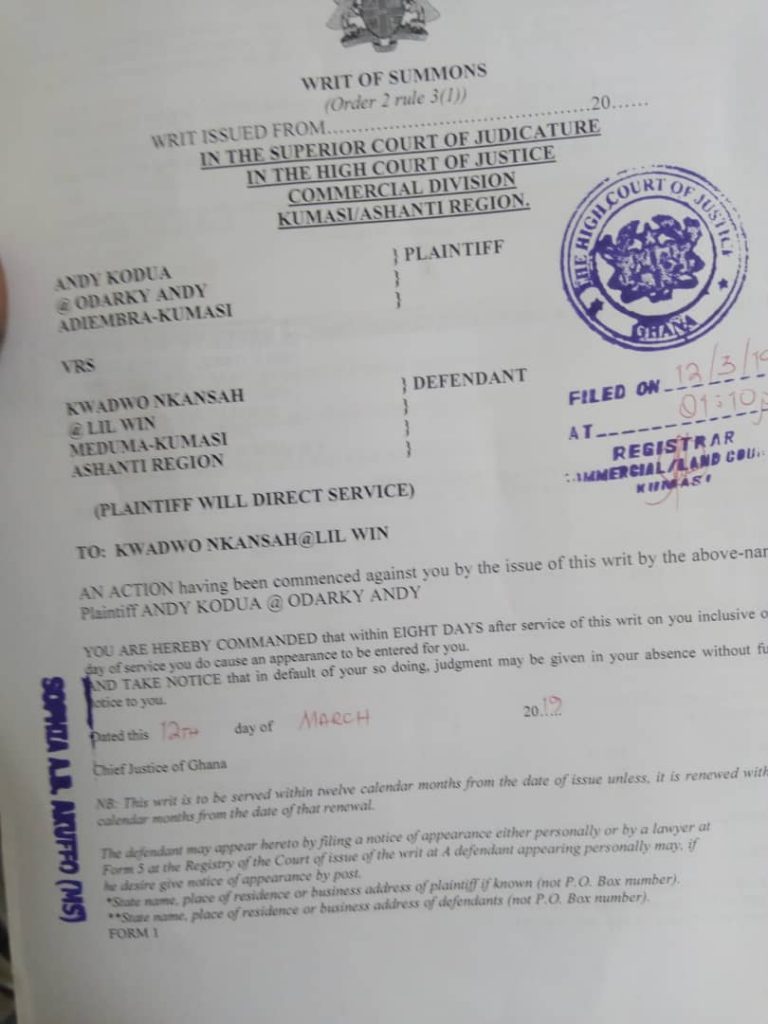 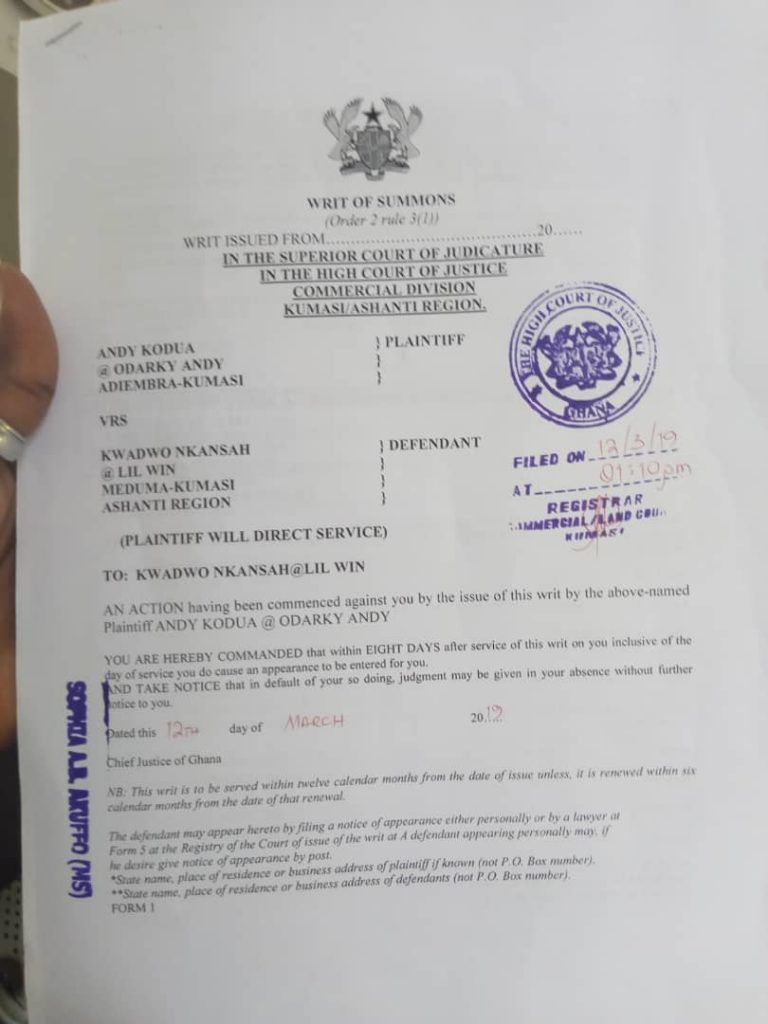 Nayas1 Disgraces Herself On TV, Fails To Spell ‘Boy’ And ‘Conference’