Lady dumps boyfriend who sponsored her education for another man

There is an infamous belief that categorizes men as scum. This is usually considered the ‘anthem’ of heartbroken women.

However, there appears to be role switch in this story. A man who sponsored his girlfriend of four years and her younger brothers through school, got dumped to marry another man.

“This girl dated this man for 4years, he paid her way through school and he still paid her younger brothers school fee just last week. Last Saturday was her traditional marriage with another man. I saw a man cry bitterly today. Scum isn’t gender based. EVERY GENDER IS SCUM.”

Now is clear not only men are wicked. The dice don’t stop rolling. Lol. 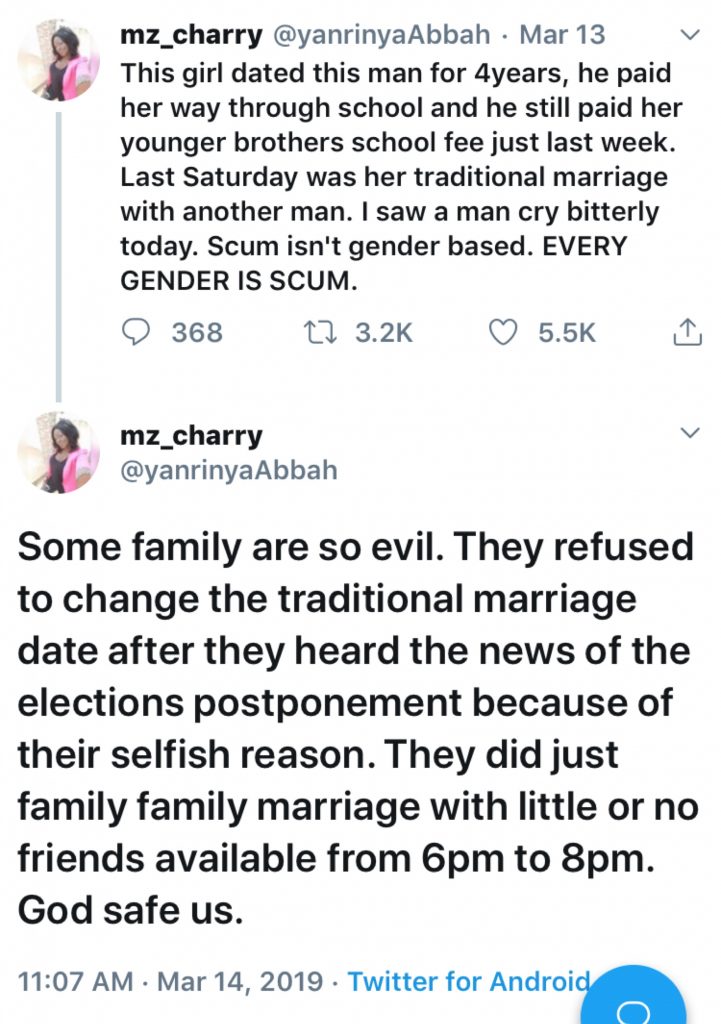 Shatta Wale, refund our money now or face the consequences – organizers for “Bliss on the Hills”