Has taken us back the lane to the dark period in his life where he nearly committed suicide because the troubles which had bottled up within that short period of time were unbearable.

Sharing this personal information with the media for the first time, Kwaw Kese narrated to Mzgee of TV3 that, in 2014, he almost hanged himself to death.

According to Kwaw Kese, he got divorced, was jailed and lost his manager who was also his best friend back then.

In 2014, after my manager was killed in cold blood and the same year I got divorced, got arrested and sent to prison, all these three things happening in one year, at a point I decided not to do music again

At that time, I had nobody to look up to apart from God. I was really depressed and didn’t want to do music again. I didn’t know what to do with my life but God spoke to me, I listened and I came back to Ghana and that was better.

I was depressed for four months. I heard a voice telling me I was stronger than this and people look up to you so go back and do what you have to do. 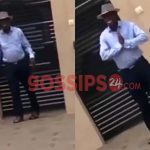 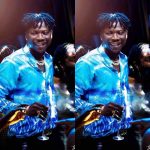