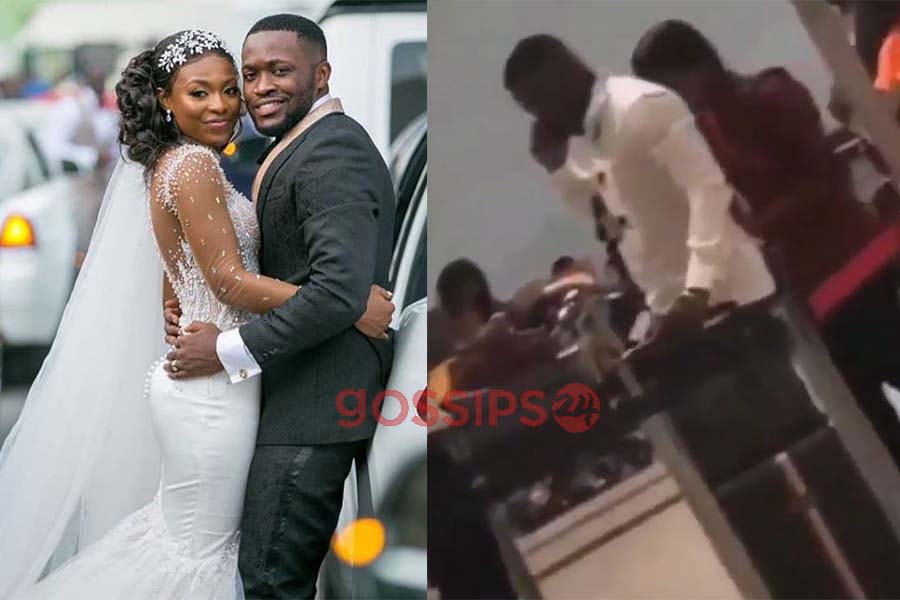 After spending millions of cash on their wedding – oh wait, it wasn’t their money after all! – Kennedy Osei and Tracy Ameyaw have been sighted boarding an economy class to Dubai.

Exactly a week after their wedding became the talk of the town, the envied couple Kennedy Osei, son of millionaire Osei Kwame Despite, and Tracy Ameyaw are back to factory settings.

Since they can’t spend Despite’s money now that they are adults, married, and managing their own expenses, the couple on their honeymoon trip to Dubai, were forced to live within their means.

A video of them traveling to Dubai has surfaced and in the video, the lady whose voice was heard at the background explained they were on their way to board economy class.

This comes just a week after their extravagant wedding, and Ghanaians have started asking if they are broke already?

WATCH THE VIDEO BELOW:

JOIN THE FUN, SHARE THIS !!!
Share
Related Topics:Kency2020Kennedy OseiKennedy Osei and Tracy board economy class to DubaiTracy
Up Next