It can now be established that Kafui Danku is a coward and excessively afraid of “dangerous” Leila Djansi as she had made a huge “u turn” in the shortest possible time to publicly retract her wild allegations against the Ghanaian born U.S. based film maker, Gossips24.com reports .

Kafui Danku who earlier asserted on her Facebook page that Leila Djansi is an opportunist and a dangerous woman so people should becareful with their dealings with her.

Has drowned her own words citing from her latest Facebook page. According to Kafui Danku, Leila Djansi is no more the devil in a human form she earlier told the general public but rather an angel sitting on the right hand-side of God.

We don’t know what influenced this apology and disclaim of accusations but we suspect Leila Djansi fired some very hot missiles at Kafui Danku either through a phone call or an explosive whatsapp message. 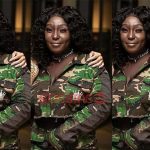 Eno Barony’s grandmother begs her to give birth (Hot Audio) 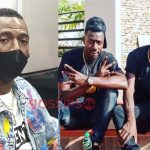 Shatta Wale Is Very Ungrateful, I Clothed, Fed And Housed Him When He Was An Underground Act – Joint 77 Slams His Former Boss