Just In: Police arrests kidnappers of chief of Dedesua 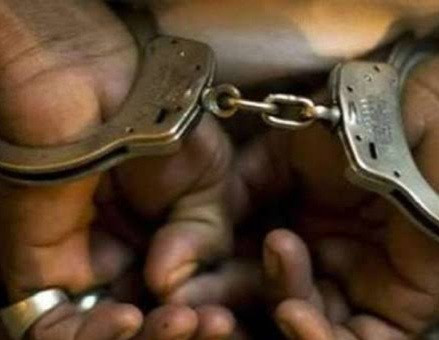 The Ashanti Regional Police Command has arrested seven (7) suspects for the alleged kidnapping of Nana Owusu Sefa Brempong II, chief of Dedesua Traditional Area in the Akyem South District of the Ashanti Region.

According to a statement issued by the Ghana Police Service, on Monday, at about 3:40 pm, the Regional Information Command Centre received information from some unknown persons have kidnapped Nana Owusu Sefa Brempong II.

The statement added that the Konongo Police Patrol Team was immediately discharged to search for the whereabouts of the chief.

The Police intercepted an unregistered Honda Civic private car and a Toyota Matrix Taxi Cab at Kubease near Ejisu, which were the suspected kidnapppers and their victim.

READ THE FULL STATEMENT BELOW;