Joint 77 has strongly dismissed assertions by Shatta Wale which professed that the defunct music trio (S.M Militants) was deliberately dissolved because its members consisting of Joint 77, Addiself and Captan are lazy and musically wack, Gossips24.com reports.

In a exclusive on-air interview in the studios of kingdom FM, Joint 77 who is now a solo artiste emphatically sated that, he’s not lazy neither is he musically wack as alleged by Shatta Wale.

Justifying his debatable submissions, the 4:30 crooner asked Shatta Wale to explain to the general public why he signed himself and his former colleagues under the SHATTA MOVEMENT LABEL knowing well that they are lazy and wack.

kindly watch the video below to know more; 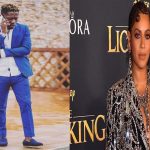 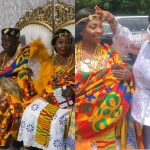