Former disciple of the self-glorified African Dancehall King (Shatta Wale) who is popularly known as Joint 77, has alleged that he took care of Shatta Wale when he was still in the streets and an underground act before he became the “Shatta” we all know now.

As claimed by Joint 77, he had known Shatta Wale before he attained stardom feat. They both used to share the same room, ate together and even wore the same clothes rotationally.

In an explosive on-air radio interview with Abeiku Santana in the studios of Okay Fm, Joint 77 asserted that, Shatta Wale is very ungrateful for retrieving the car he gifted him not considering all the wonderful things he did for him when he was nobody.

During the interview, hurt Joint 77 additionally professed that , Shatta Wale is very boastful and stiff necked.

Shatta Wale was with me in my home. During the hustle days, things were not easy; so I gave him shelter in my house. My family knows this. He was living in my room 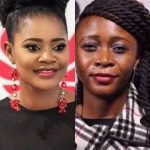 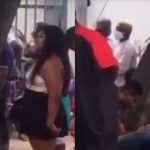