I will put my presidency on the line, really? 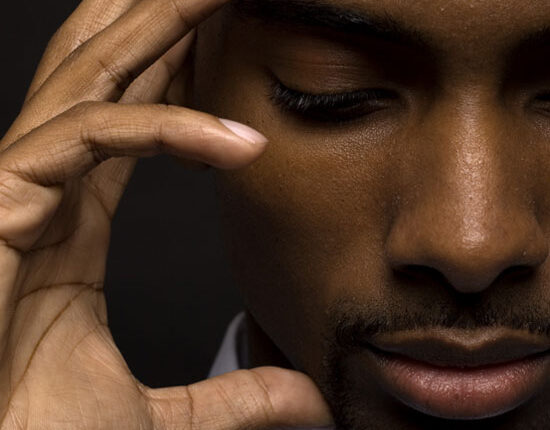 In 2017, the government placed an indefinite ban on small-scale mining activities in its quest to find a solution to the illegal mining scourge.

This was met with heavy resistance by duly registered small-scale miners. Successive governments, specifically over the last two decades, have made efforts to clamp down on the menace, but it is clear that illegal miners have a stronger will and have become more creative in sustaining their activities.

Weak implementation and the lack of enforcement of laws remain the biggest challenges in the fight against illegal mining. An Inter-Ministerial Committee on Illegal Mining (IMCIM) was set up by President Akufo-Addo in 2017 to ensure coherence in the activities of agencies involved in the fight.

In July 2017, the government commissioned an anti-galamseytask force made up of a 400-member strong military and associated security agency called Operation Vanguard.

The team was tasked with tackling illegal mining in the Ashanti, Eastern,Central and Western regions of Ghana – the most affected areas. Between 2017 and 2019, the team had arrested over 200 illegal miners, including foreign nationals.

It was realized and identified from the beginning that the chairman and the committee were going to face challenges from within and outside the government. There were allegations and counter allegations against some members of the committee and government. What is baffling is the fact whiles the president haddeclared the fight on illegal mining and the committees work was ongoing, some state institutions, especially the Forestry Commission and also the Ministry of Lands and Natural Resources, were granting licenses and permits to some companies to go into forest reserves and do prospecting.

It is important to establish that between 2018 and 2019 when the fight against illegal mining was at its peak, The Forestry Commission granted mining permits to about 47 mining companies to go and engage in prospecting and eventually mining at the blind side of the committee. Some of the faces and people behind these companies are known New Patriotic Party members and people connected to officials of the NPP government and even powerful people within the corridors of Jubilee House

Somewhere in 2019 Anas Aremeyaw Anas, an investigative journalist implicated and indicted Charles Bissue, then the secretary to the Inter Ministerial Committee on Illegal Mining(IMCIM) and a presidential staffer. He was captured on a video tape receiving huge amount of money from illegal miners and allowing them engage in illegal mining.

The most surprising thing was that Charles Bissue was not sacked or relieved off his position as a presidential staffer. This raised a lot of suspicion as to whether the president was really committed to the fight or whether there were some powerful people at corridors of power protecting Charles Bissue.

From afar and a careful analysis of the situation on the ground so far as the illegal mining issues are concerned shows that there were serious attempts and orchestration to destroy and tarnishthe image of Professor Frimpong Boateng, the chairman of the inter-ministerial committee.

The Secrets Behind Making Money Online As A Blogger

Some of the people behind the evil agenda included powerful government officials, party financiers, friends and relatives of the president, and some powerful media people.

According to media report these people wanted to get Prof Frimpong Boateng out of the way so that they could get the opportunity perpetuate their evil agenda against the state and the environment.

Several attempts to get Prof Frimpong Boateng to react to this has proven futile. This is because he has refused to grant us the audience to explain anything about the fight against illegal mining

But we want to know whether IMCIM has reported the actions of the forestry commission to the President.

Did the President see all the letters Forestry Commission wroteto all these companies to go in the forest reserves, especially when the president had given directives not to allow new permits to be issued? This is according to document cited at the forestry commission and ministry of land and natural resources

Is the President aware that his trusted aide and head of his security details, Captain Edmund Kojo Koda has been implicated as frustrating the fight against galamsey? To the extent that on several occasions he has given orders to the vanguard team to release excavators and other items that had been seized from illegal miners and there are people ready to testify. This was confirmed on a tape played on Asempa fm and had the voice of Ekow Ewusi

According to the Herald newspaper , a cousin and close confidant of the president Gabby Asare Okyere Darko`s law firm has also been fronting for companies to get licensing permits from the Forestry Commission and Minerals Commission to enter forest reserves. Companies that are known to be destroying forest reserves and water bodies. (Imperial heritage).

This article seeks to raise serious concerns as to how the destruction of the environment and water bodies can be tackled. As an environmentalist and climate change activist my interest is how to secure and protect the environment for the generation yet unborn. If the president has once again called for open discussion then his party and government officials with vested interest and some of his close associates should respect the wishes and desires of the President and should not engage in this act again.

The writer is an environmentalist and climate change activist and can always be contacted on nkam21@gmail.com/0501429077

Criss Waddel angrily snubs rumors of him being a Sakawa boy

The Secrets Behind Making Money Online As A Blogger

List of some amazing things people did during the lockdown season