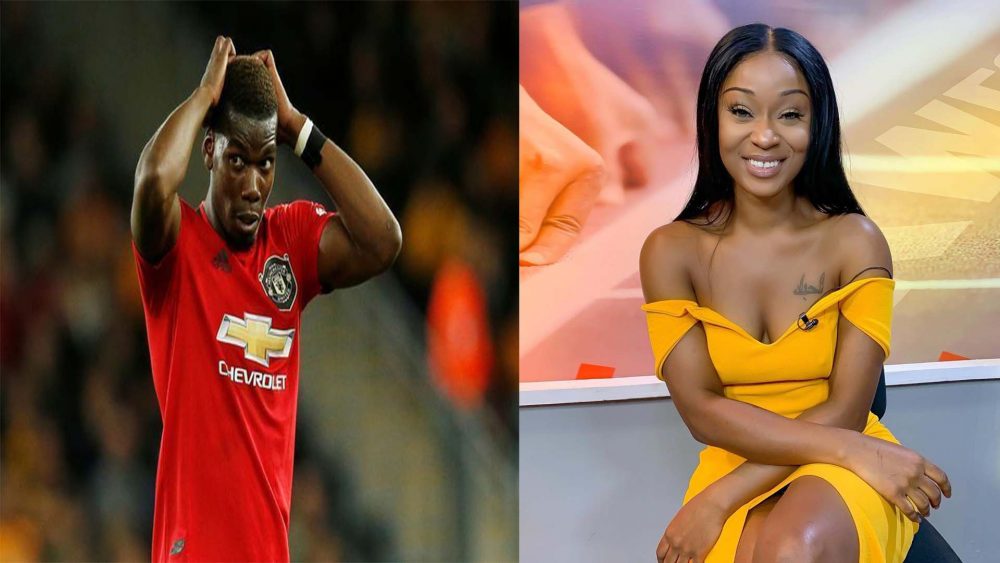 Ghanaian pretty and curvy actress, Efia Odo has expressed her love for Manchester United’s player, Paul Pogba despite the latter missing out a penalty during their game against Wolves.

Midfielder Pogba was fouled by Conor Coady before stepping back up to take the spot kick – which he powered straight at keeper Rui Patricio.

It was the fourth penalty Pogba has missed in the last year, as the Red Devils suffered a 1-1 draw with Wolves at Molineux.

The draw cost United top spot in the Premier League standings, leading to a handful of supporters racially abusing the Frenchman.

Manchester United has however released a press statement to condemn the act.

“iPhone, iPad, camera” – Wendy Shay lists the properties she has got from music so far (video)