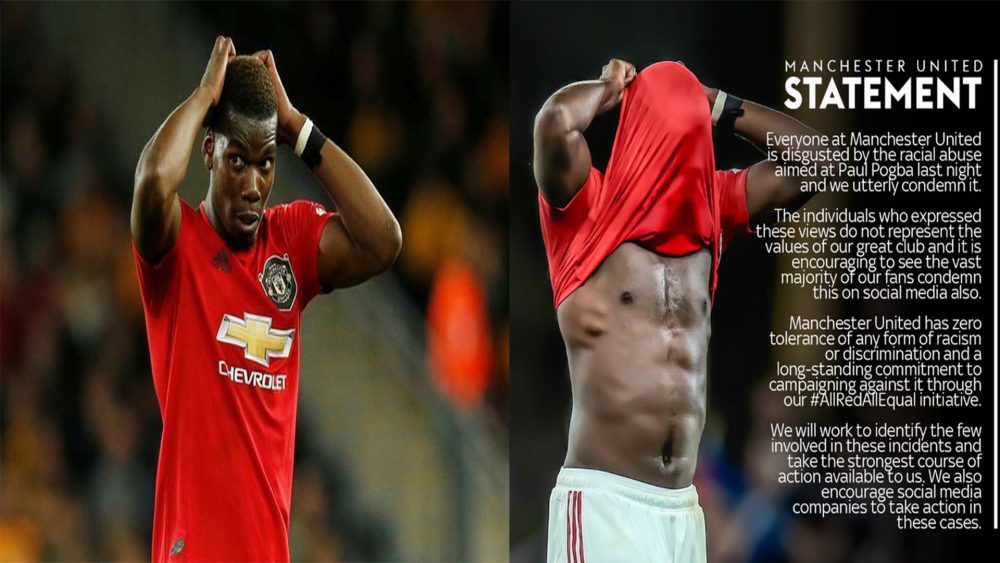 Manchester United are working on identifying individuals who racially abused Paul Pogba online after the midfielder missed a penalty in Monday’s 1-1 draw at Wolverhampton Wanderers, the Premier League club said on Tuesday.

Pogba won a late penalty but had his effort from the spot saved by Wolves goalkeeper Rui Patricio.

The draw cost United top spot in the Premier League standings, leading to a handful of supporters racially abusing the Frenchman.

“The individuals who expressed these views do not represent the values of our great club and it is encouraging to see the vast majority of our fans condemn this on social media also,” United said in a statement.

“Manchester United has zero tolerance of any form of racism or discrimination and a long-standing commitment to campaigning against it through our #AllRedAllEqual initiative.


“We will work to identify the few involved in these incidents and take the strongest course of action available to us. We also encourage social media companies to take action in these cases.”

“Social media need to do something about it,” Maguire said in a tweet.

Forward Marcus Rashford also stood in solidarity with his teammate.

“Manchester United is a family,” he said in a tweet.

“Paul Pogba is a huge part of that family. You attack him you attack us all.”

One-Time England’s Most Expensive Player has some Serious Revelation