I nearly killed MDK, if he jokes his mother will die – Showboy

The boss of 2hype Gang, Showboy has made an unpleasant revelation about his misunderstandings with rapper Medikal.

Showboy has revealed that he nearly ended the life of Medikal after buying accident for him in the spiritual market.

He added that he had to show mercy on the boy because Criss Waddle called and asked him to show mercy MDK when the rapper was got involved in a minor accident.

The US based Ghanaian entertainer made it known that he once slept at a cemetery and got baptized at 2am with snakes tied to his legs so he must be feared.

The controversial Showboy said should Medikal ever joke with him again, his mother will die. 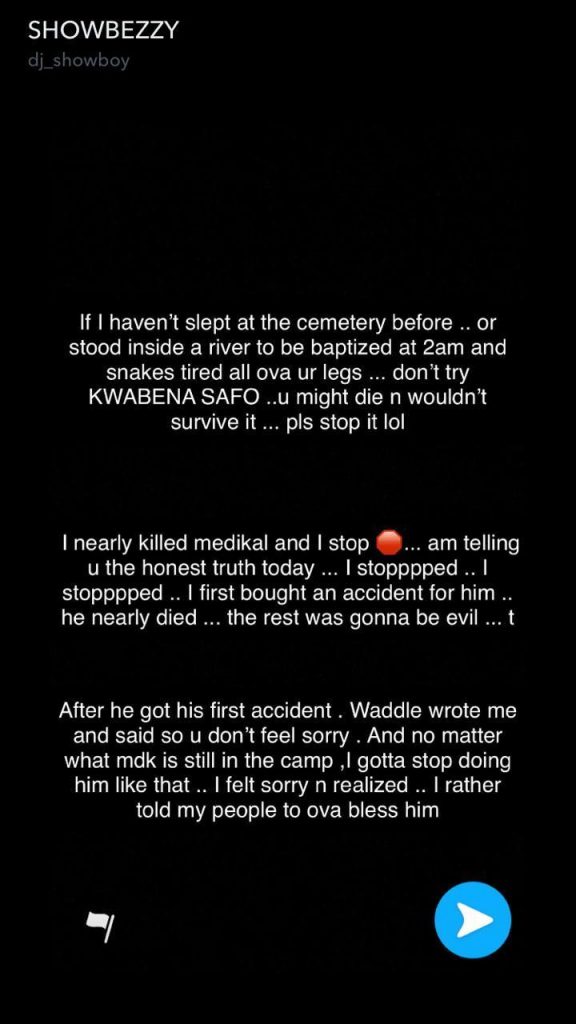 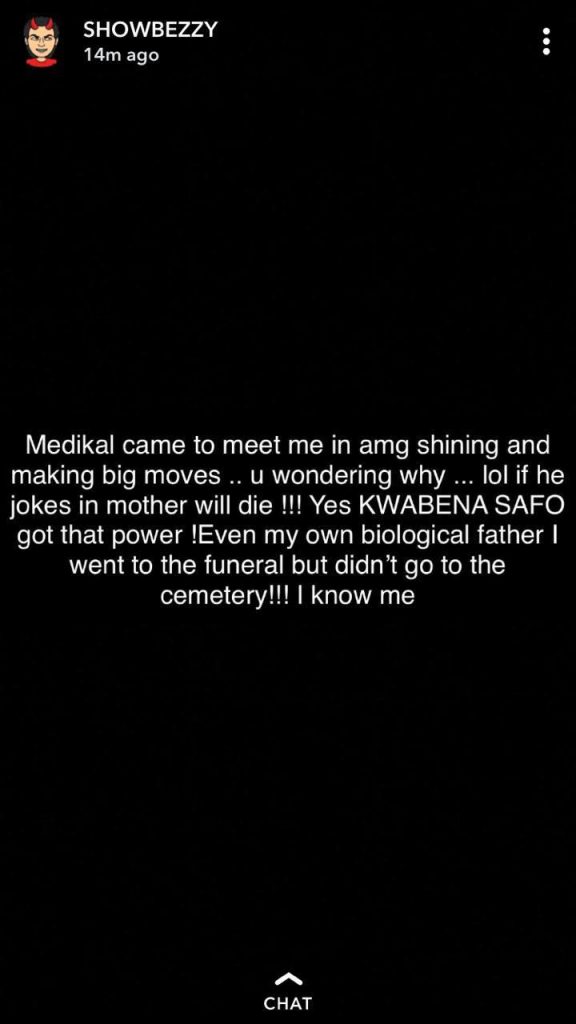 A man is a Luxury, not a necessity – Toke Mankinwa’s gives reasons for being single