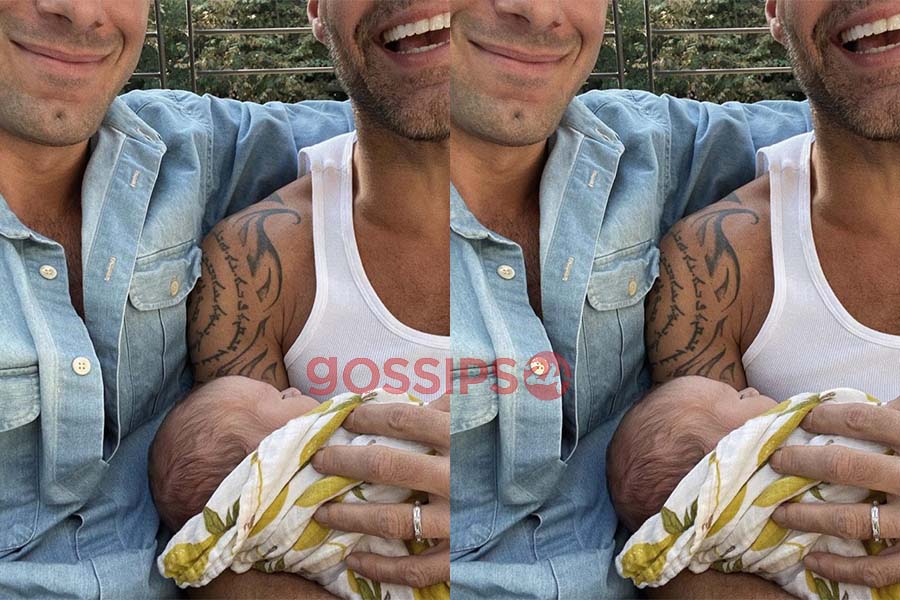 Latin singer, Ricky Martin happily welcomed a son with his husband, Jwan Yosef. The couple happily announced the birth of their newborn baby via Instagram with a beautiful picture holding hands with their bouncing baby boy.

In the photo posted on Instagram, the gay couple, Martin cradles baby Renn while Yosef wraps his arm around the singer and they captioned it in Spanish.

Just this August, they shared the first photo of their daughter Lucía, who was born last December. Martin took to Instagram Tuesday with another photo, this time showing a first glimpse of their newborn son Renn.

Martin announced last month that he and Yosef were expecting another child via surrogate.

Check Out The Photo Below

Ricky Martin is a Puerto Rican singer, actor and author who is widely regarded as the “King of Latin Pop”. He holds dual American and Spanish citizenship and began his career at age 12 with the all-boy pop group Menudo.

After five years with the group, he released several Spanish-language solo albums throughout the 1990s. Since the beginning of his solo career in 1991, Ricky Martin has sold over 70 million albums, making him one of the best-selling Latin music artists of all time.

He also acted on stage and on TV in Mexico, where he achieved modest stardom. In 1994, he appeared on the US TV soap opera General Hospital, playing a Puerto Rican singer. He also ranks among the most influential Latin artists of all time.

Martin and Yosef who tied the knot back in 2017 welcomed Renn via surrogate, the same way the couple’s other three kids –11-year-old twin sons Valentino and Matteo and 9-month-old daughter Lucía – were born.

JOIN THE FUN, SHARE THIS !!!
Share
Related Topics:Gay Couple Welcome Their Fourth ChildRicky Martin And Jwan Yosef
Up Next