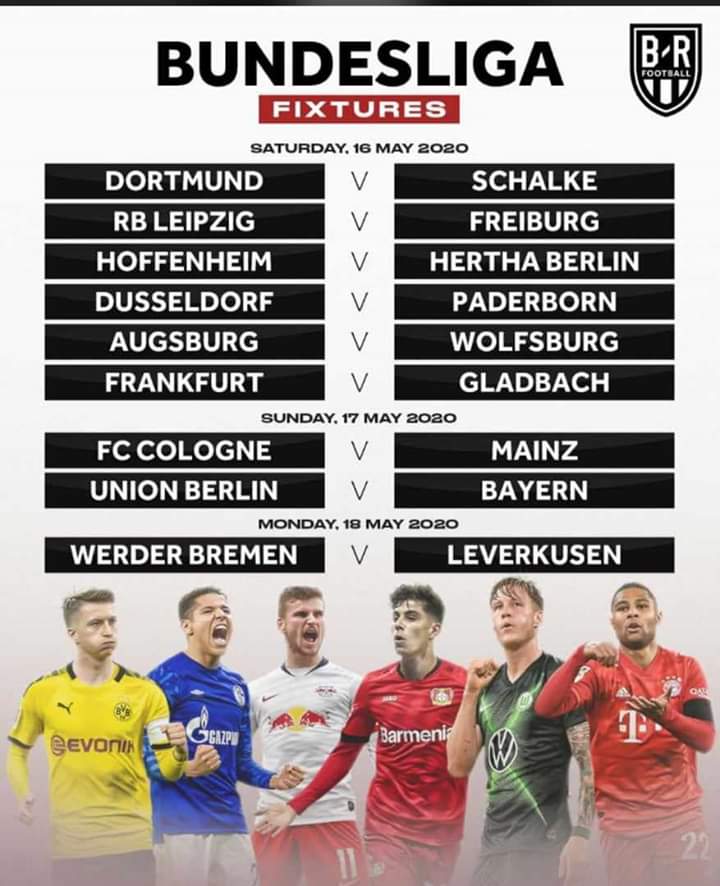 The German football association has confirmed Bundesliga will re – begin on May 16. This declaration was made after the German government gave them the green light to begin the sporting activity

The government said the Bundesliga and second-tier 2. Bundesliga could re-start in the second half of May without spectators, adding the German football league (DFL) would decide on the exact dates.

Bundesliga CEO Christian Seifert has said the top-tier season will finish on June 27, with the second division campaign concluding on June 28. Fans will not be allowed to gather outside stadiums, he added.