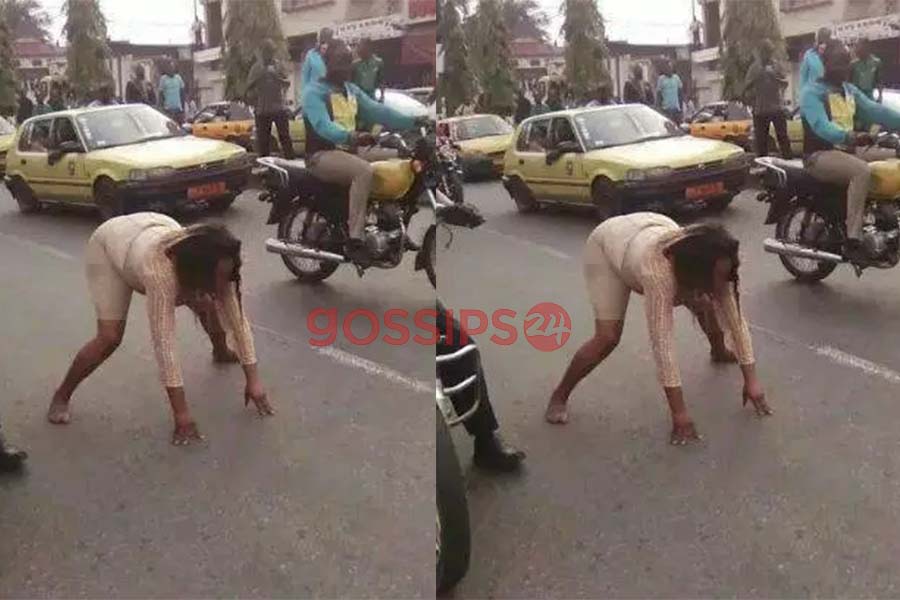 Sadly, a lady has gone mad after she was reportedly cursed by her lover boyfriend for stealing his phone.

According to reports, the lady who is a final year Business Administration undergraduate of a privately owned University in Delta State allegedly got undressed immediately she stepped out of her boyfriend’s room a few miles away from their hostel.

It was gathered that the suspected insane undergraduate allegedly took her phone out of bag and slammed it on the floor naked, brought out her clothes and set fire on them before the onlookers rescued her.

An eye witness, Joy said that her roommate had tried to calm her down when it started as a joke, unfortunately, she had gone too far with the unfolding suspected madness, calling “saviour, saviour, look at what you have done”.

She was said to have been held by some strongmen hired by the school authorities and was later taken away to the hospital where she is at present responding to treatment.

It was the third time students have been allegedly been in mad drama, especially the female students who had formed the habit of “taking” from men without submitting to love making.

But a lecturer who did not want his name in the print, dispelled as untrue, adding madness is often associated with spiritual evil acts and the victim’s case might be of the same act.

JOIN THE FUN, SHARE THIS !!!
Share
Related Topics:Female student madstudent goes mad after she was cursed by her boyfriend for stealing his phone
Up Next

Funke Akindele’s lawyers reportedly denied access to her in court