End Sars Now: Omotola Jalade Ekeide And Her Family Add Their Voice To The Campaign Against Police Brulality in Nigeria 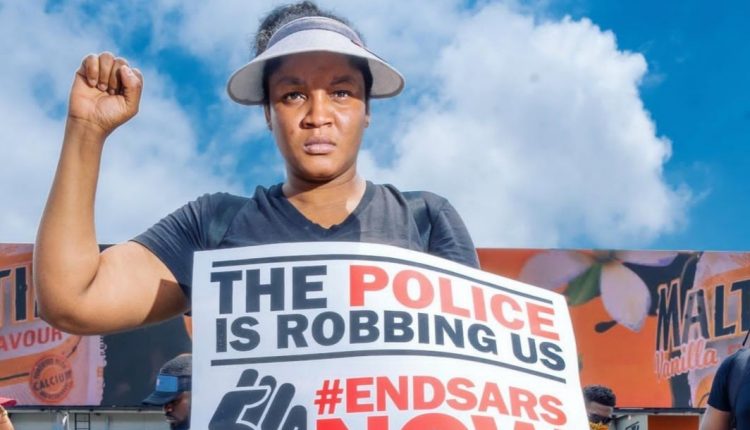 Veteran Nollywood actress Omotola Jalade Ekeinde and her family have joined a growing list of Nigerian Celebrities speaking out in support of large protests against police brutality in Nigeria.

The protests in cities across Nigeria came after weeks of public outcry from young people on social media over claims of kidnapping, harassment and extortion by a police unit known as Special Anti Robbery Squad (SARS).

Though the Nigerian inspector general of police announced last Sunday that, the unit has been disbanded and the officers redeployed, demonstrations and protects have since continued.

The veteran Nigerian actress took to her Instagram page to share a photo of herself and her family protesting.

Wisdom is a first Degree holder in Accounting & Finance. Also a Post Graduate Diplomate of Education, and a Teacher by Profession.

#ENDSARS: Xandy Kamel fires President Buhari as he calls him a dead man