CEO of BAM Entertainment, Desmond Kwesi Blackmore known by his stage name D-Black has revealed that he has dumped the fake citation and phony award Dr Kwame Fordjour alis Dr UN honoured him with.

Speaking to Nana Ama Mcbrown on UTV’s late night entertainment show, D-Black revealed that he was really pained after news went rife on the local digital space that Dr UN is a fake UN rep.

According to D-Black, he has never been publicly humiliated as such and the trolls he endured within the first week of the UN awards scandal was unbearable.

D-Black who admitted of being gullible to receive such phoney awards from Dr UN additionally disclosed that he has scrapped the “feeding bottle” award and necklace Dr gave him.

I got a plaque and a necklace but I have cut the necklace into two with scissors. Nana, I have thrown my award away. 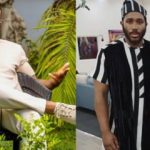 Kiddwaya has been evicted from #BBNaija2020 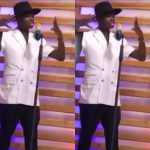