Afia Schwarzenegger leaks messages of Men begging to sleep with her

Controversial on-air personality, Afia Schwar, has revealed photos of number of men who are currently pursuing her and frantically begging to sleep with her.

In the video, Afia noted that she will not enhance her body to impress men since she pays them to sleep with her. But while Afia claims to have made the statement as just sarcasm, many of her followers have taken it seriously and have been sliding into her Instagram DM to make their interest in being her make prostitutes. 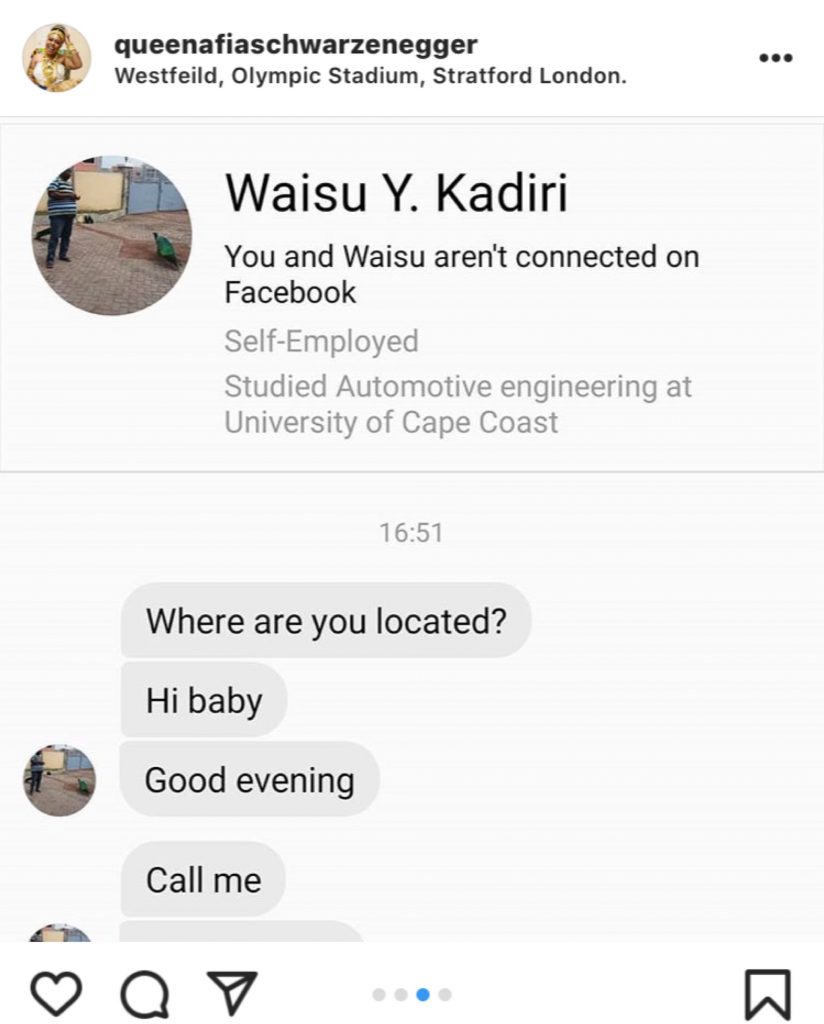 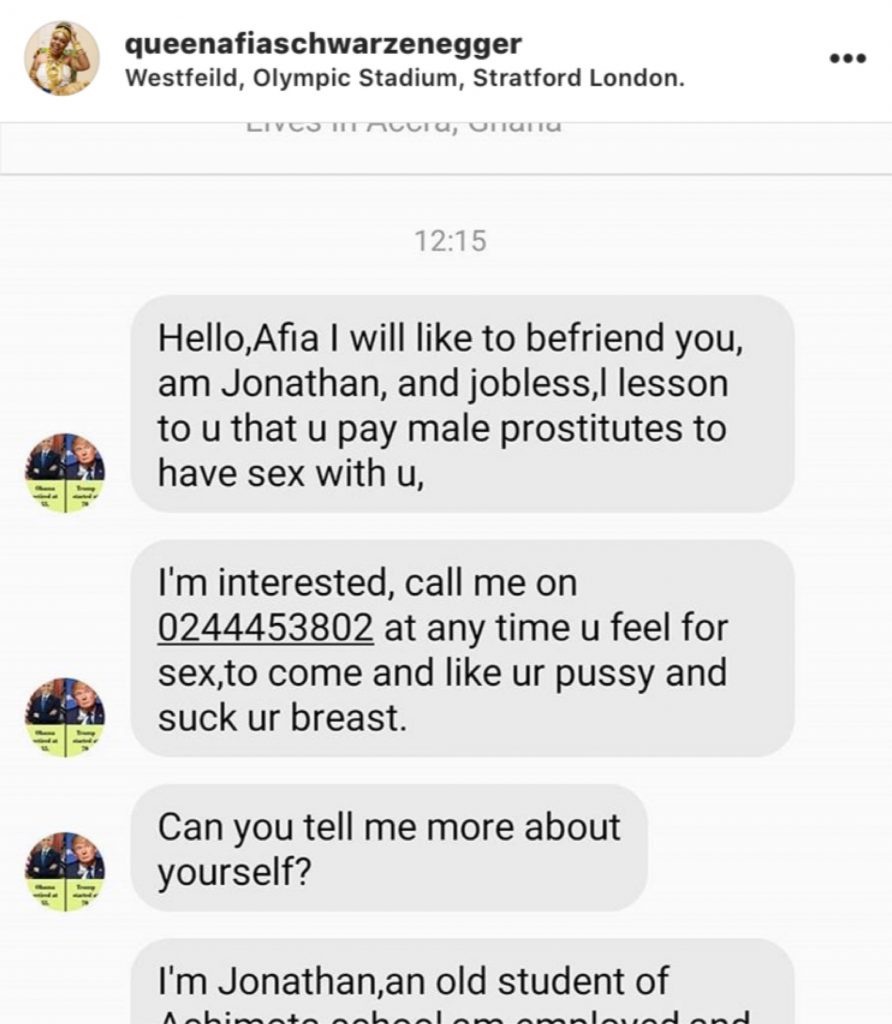 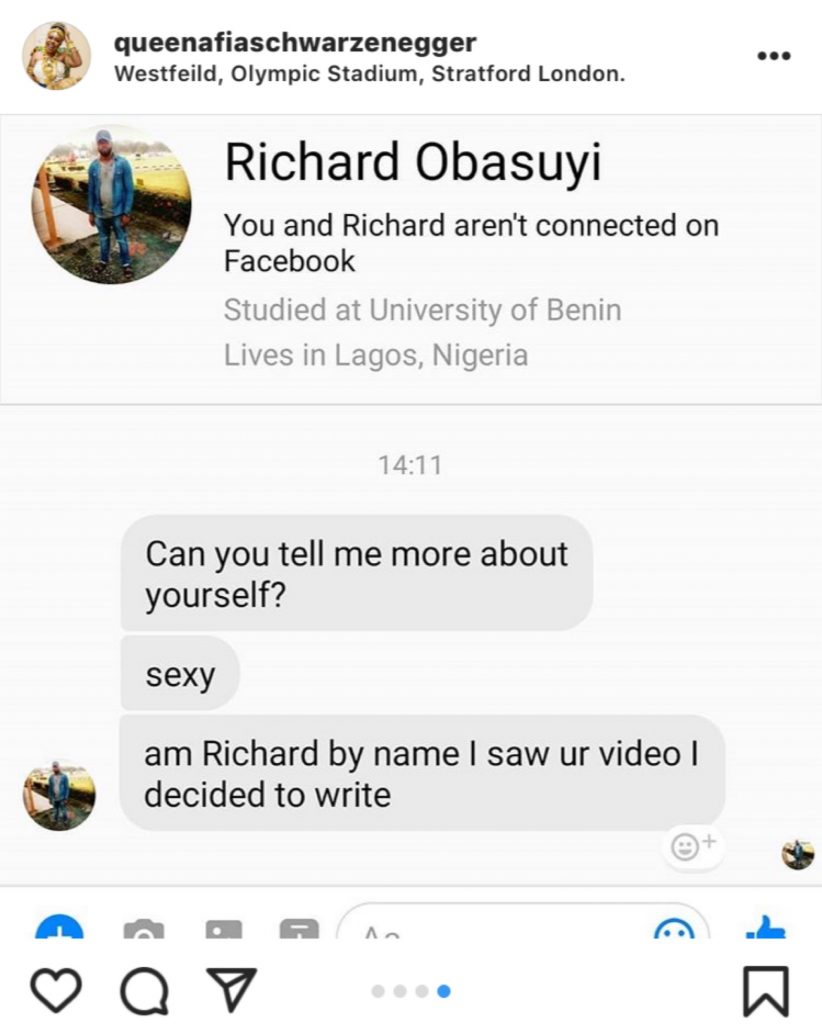 No Vacancies, No employment – Govt to Trained Teachers