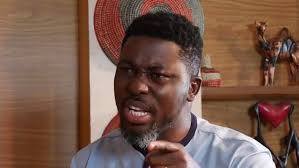 Controversial musician and self acclaimed political activist, Kwame Asare Obeng also known as A Plus said the  Class Media Group (CMG) will not be used to promote the ideology of any one  political party.

This was his first public statement after he was  appointed the general manager of the Class Media Group (CMG).

Giving a glimpse of his business strategy, he said he will  run a system where all political parties will have a fair platform to propagate their agenda.

Being a social media freak, he took to his Facebook page to make this known to the public after his appointment which takes effect from November, 2020.

A Plus is expected to change the fortunes of CMG around to make it one of the leading media houses in Ghana.

Emelia Brobbey: Teaming Up With Kuami Eugene On ‘Makoma’ Was A Beautiful Coincidence

Man gets slapped with 70 years jail term for raping his…