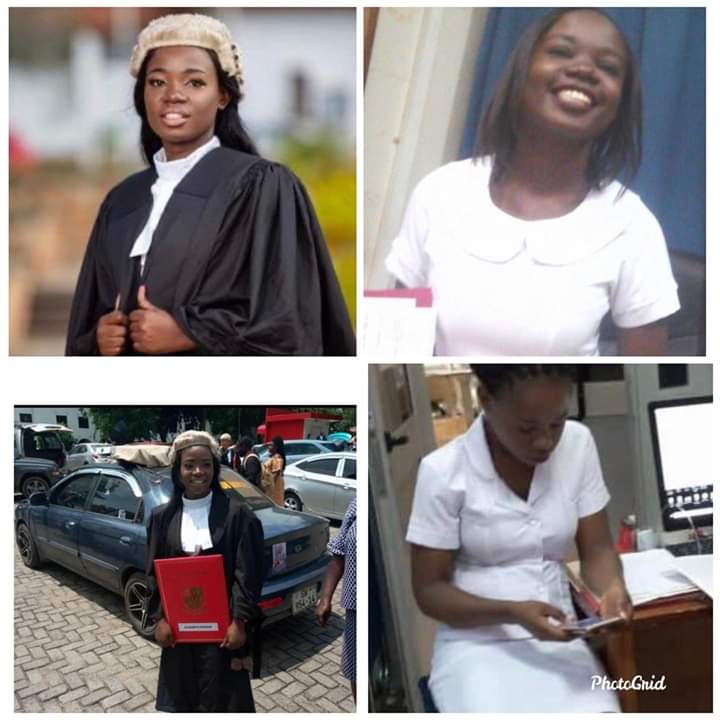 Elizabeth Owusua is a Ghanaian born registered nurse and certified lawyer who has fulfilled her childhood dream weaving these two noble professions together when she grows up.

After graduating from the nursing school in 2008, she got admission to GIMPA Faculty of Law to obtain an LLB. In 2019 she finally got called to Ghana Bar Association.

Below is a story of herself she shared; on her journey of becoming the unthinkable –

“As a child I always wanted to be a nurse, lawyer and a fashion designer all at the same time with no idea how they were going to happen because of my background.

Well I attended senior high school at Mfantsiman girls which helped shaped my entire being.
From there I went to the Nursing and Midwifery Training College at Korle bu where I graduated with a Diploma in Nursing in 2008 and started working as a nurse in 2010 after national service.
I continued to Central University College where I did top up for a Bsc Degree in Nursing alongside work and graduated in 2013.

Her persistence is so admirable She attributes this feat to patience and God’s grace.
She’s such an inspiration; it’s only late when you’re dead!

LGBTQ: All you should know about the [email protected] community

Proper ways to take care of your acne

Why did God create as to destroy us- answer revealed