Over 64 Menzgold customers have lost their lives due to the locking up of their investments in the gold vaulting company, the Coalition of Aggrieved Customers of Menzgold has announced.

The coalition have announced a wreath-laying ceremony in memory of the over 64 dead customers.

The wreath-laying ceremony will form part of activities to mark the second anniversary of the collapse of the company on Saturday, 12 September 2020.

In a statement issued by the coalition on Wednesday, 9 September 2020, it noted: “All customers of Menzgold are expected to converge on Dzorwulu, Accra, near Menzgold’s head office at 10 am for the two-hour ceremony”.

It assured members of the coalition that: “There will be adequate security by the Ghana police.”

Mengold Ghana Limited is a Ghanian gold dealership and investment firm that promised customers an average of 7-10 percent monthly returns on investments and have been able to pay customers dividend in full until its closure. It was founded by Nana Appiah Mensah.

Its operations were shut down in September 2018 by the Ghana Securities and Exchange Commission.

The company’s operating license which had initially been granted in 2014, was revoked by the Minerals Commission of Ghana had primarily been for gold trading and export.

However, as reports of a gold-investment scheme with high returns started to circulate, the Bank of Ghana begun to publish warnings which cautioned citizens to be wary of dealing with the firm and warned the firm against taking cash deposits.

Customers deposit at Menzgold have been locked out since the shutdown and can’t access their investments, leading to demonstrations at its various branches. 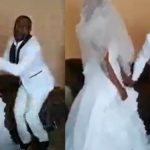 Shocking! Groom speaks in tongues after he was asked to “kiss the bride” (Video) 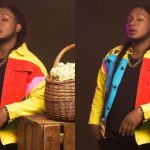