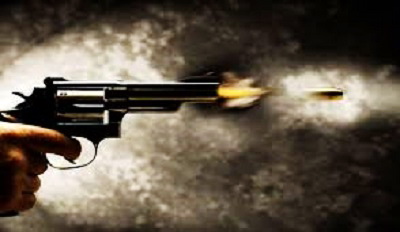 A 21-year-old lady girl has been arrested by the Tesano Police command after allegedly shooting to a Police officer to death at Chantan, near Abeka- Lapaz, a suburb of Accra.

The suspect identified as Shakira Nasir, who is said to be a sister of the deceased was reported to have shot the police officer named Constable Abdul Rashid in cold blood leaving many surprised.

Sister of the deceases, Abubakar Habibatu who reported the case to the Tesano Police Command indicated that she was in the house when she heard a gun shot from her brother’s room only to rush in and saw his brother lying unconsciously in a pool of blood.

Abdul Rashid with service No.54286 PC of C.T.U. HQRS ACCRA was pronounced dead upon arrival at Lapaz Community hospital.

The body of the deceased has been deposited at the morgue for further investigations to be carried out.

The Tesano Police commander and team per their initial investigation explained that the family told them the deceased is living with the younger sister Shakirah Nasir aged 21 years in a family house in Chantan near Abeka Lapaz.

The deceased younger sister alleged that yesterday at about 12.40pm she was in the room together with the deceased when the deceased dressed up for work, he then asked Shakirah Nasir to pick his side arm gun from the table and in the process of handing over same to the deceased, it went off accidentally and hit the back of the deceased leading to his death.

Miss Ghana Crown: I Only Wanted The Car – Brigitte Reveals