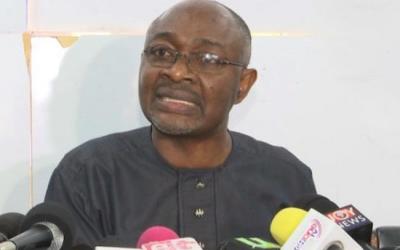 An amount of GH¢13,850,000 was realised from the sale of the two luxury mansions located at Trassaco Valley – one of the most expensive residential areas in Ghana.

The money raised from the sale of two properties would be used to settle part of the GH¢51.2 million he is currently owing the state.

The houses were sold at a public auction and were bought by National Security Council on September 11, 2020.

The Supreme Court in July directed the state to mobilize funds to purchase four properties belonging to Woyome in fulfillment of the court order that the properties to be sold to defray the debt.

The court on July 25 ordered the state open a 21-day auction notice which was published by Daily Graphic.

The Ministry for National Security at some point proposed that some of Woyome’s properties earmarked for auction be transferred to the state to offset the GH¢51.2 million debt.

The ministry said they were proferring the advice due to the difficulties the auctioneer was facing in the sale of the properties.