Yvonne’s actions comes at the back of reports that claims she has said that the NPP has neglected her after demonstrating against the Mahama led administration for the rampant power outages known as ‘Dumsor’.

Yvonne Nelson who wasn’t pleased with the reportage on her interview with Yvonne Okoro furiously tweeted:

Angry Yvonne Nelson in another post responded to news that claims she was paid by the NPP to organize her ‘Dumsormuststop’ vigil.
She tweeted:
Who in Ghana doesn’t know my campaign favoured them…. Yes it did!!!!! And NO I WASN’T PAID TO ORGANIZE IT!!!!!!!! Fast forward to now…..I’m living my life and they are living theirs. I’m not a politician! Just not YET! 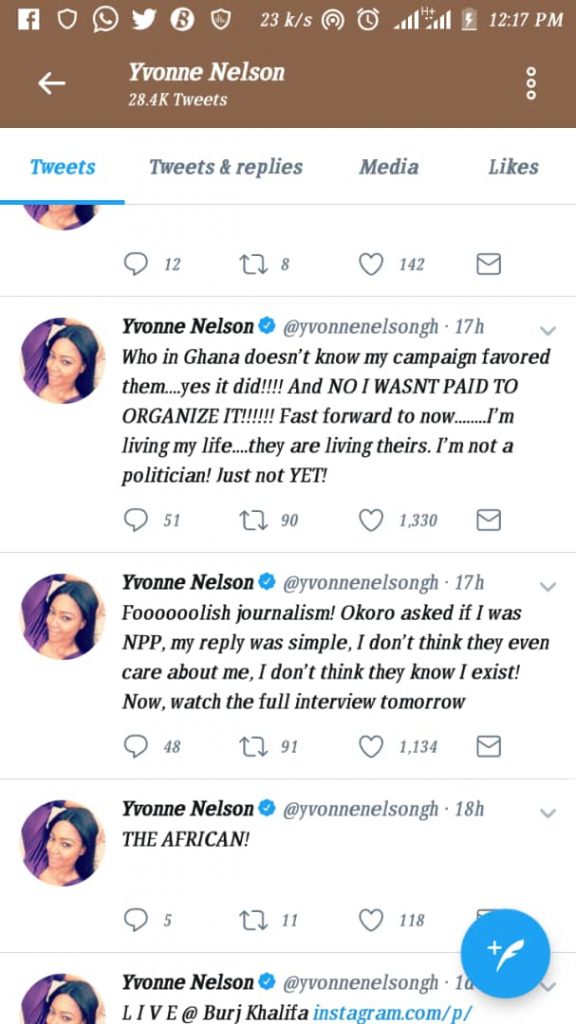