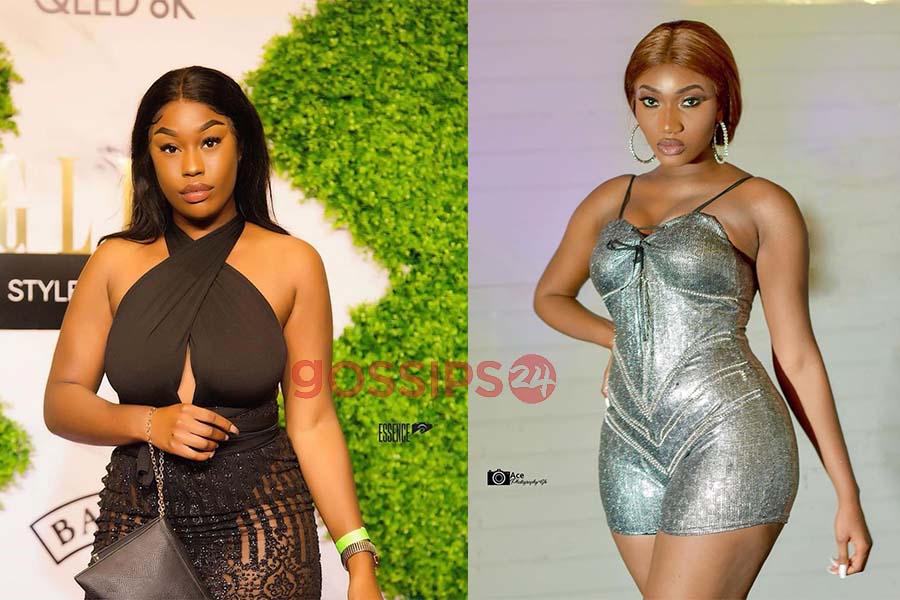 Cocotreyy, who grew up in Holland, making her debut in the music scene after Ebony Reigns’ death was tipped as a perfect replacement.

Others claimed she was going to be Wendy Shay’s rival in the music industry before Rufftown signed Fantana.

Since Coco’s single Queen of Queens, there have been rumours that things aren’t cool between herself and Wendy Shay.

Speaking in an interview with Zionfelix Adomako on the Uncut show, the former Nurse revealed she has no problem whatsoever with Wendy Shay.

She added that Wendy Shay seems to have issues with her but she has no interest in knowing what the problem is.

Asked whether she would love to collaborate with Wendy Shay on a song, she said she wasn’t interested in featuring Wendy Shay anytime soon.

She further stated that no one can force her to contact Wendy for a feature. Rumour has it that she once contacted Wendy, but the later ignored her.

On a flip side, she sounded optimistic and hinted on rather featuring Fantana in the future.

‘There Is No Difference Between S3x For Grades And S3x For Job; This Is Done Everywhere’- Efia Odo