As promised by the organizers of the 3Music Awards, this year’s edition is on a whole new level.

And Gossips24.com is also here to keep you updated on what’s popping.

Another interim results of the 3Music Awards has been released and Shatta Movement is in a comfortable lead like Sarknatives leading ‘The Fan Army‘ category voting chart.

Shatta Wale’s ‘Gringo’ is currently leading the ‘Viral Song of the Year’ category voting chart after a week of voting with 49% of the total votes and Sarkodie’s ‘Advice’ placing second with 42% votes.

The “Viral Song of the Year’ category is based on the song that received massive airplay upon it’s released and as at now Wale’s ‘Gringo’ is currently having the highest votes. 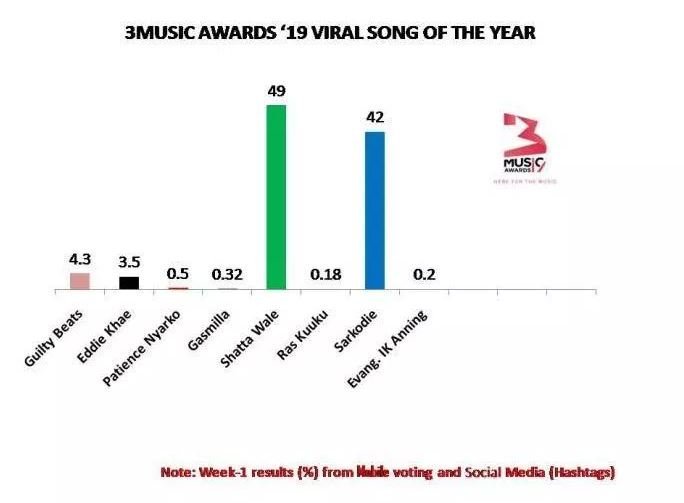 PHOTO:Medikal And Davido Cooking Something?