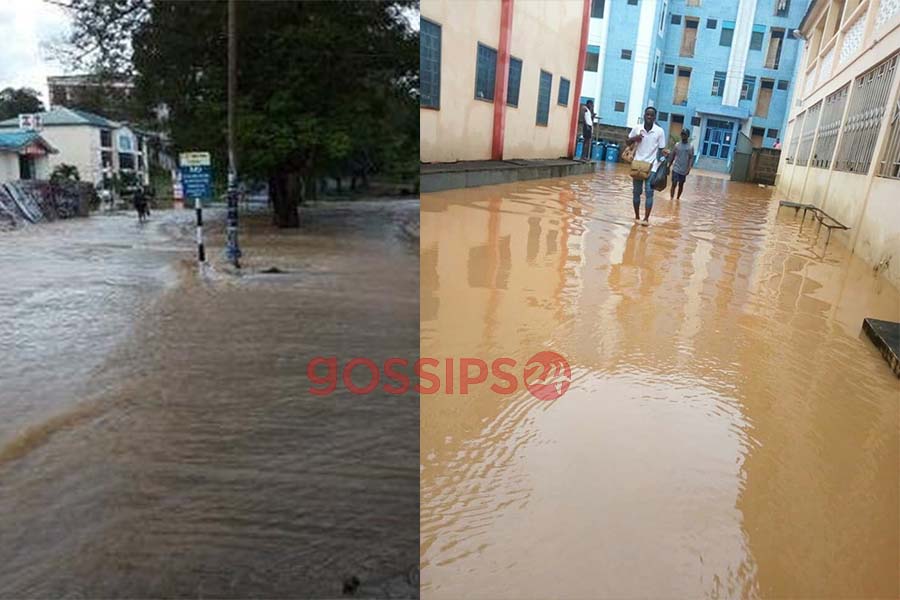 Management of the University of Cape Coast (UCC) had no option than to suspend lectures following heavy downpour earlier today, October 30, 2019.

According to the management of the university, the decision is to prevent any casualties. In a communique released by the school management, it advised both students and staff to stay away from lectures until further notice.

“We wish to inform all staff and students of the University of Cape Coast that, in view of the massive flooding of parts of the campus arising from the heavy rainfall over the past several hours, lectures and quizzes have been suspended for the day. Further directive will be issued via notices and ATL FM. Students and staff are expected to remain safe in their homes and hostels.” excerpt of the statement read.

However, officials of the National Disaster Management Organisation (NADMO) in Central region have blamed the floods on choked drains on campus.