Celebrated Kumawood actress, Tracey Boakye went berserk and released a series of angry outbursts on her social media pages, notably, on Instagram yesterday. Social media detectives concluded that the hot missiles she was firing were indirectly aimed at her colleague actress Vivian Jill.

Tracey cleared the air same yesterday by posting a picture of Vivian Jill on her Instagram page and rubbished claims that she was waging for war against the latter.

Seemingly, a new report which is currently trending on the Ghanaian internet community claims that the lady Tracey Boakye was angrily firing left, right and centre is no other person than Mzbel.

According to this widespread speculation, the two female celebs are fighting over a man named by a Facebook user as Mahama.

We at Gossips24.com are trying our best to gather enough information to justify this assertion and get the full name of this unknown man. But for the meantime, take a look at the Facebook post below which was authored by Wendy Akuffo with the wild allegations. 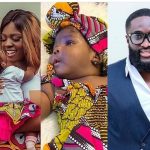 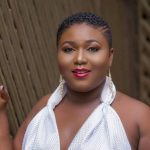