Internet users didn’t hesitate to roast Stonebwoy on various social media networks. According to unconfirmed reports, Stonebwoy is said to have pulled a gun once again but his ‘girl’ Ayisha Modi dismissed this claim during an exclusive on-air interview with Da Don of Hitz FM yesterday.

The latest person to give an account on what is assumed to have truly happened at the rehearsals center and the cause of the feud between Stonebwoy and Angel Town is one Charles Korbla who is the former’s personal bodyguard.

As claimed by Charles Korbla, Sarkodie and his team intentionally decided to disrespect and humiliate the entire BHIM Nation crew. Charles Korbla mentioned in an Instagram story that, Stonebowy was denied the opportunity to perform but Shatta was given the chance which is gross disrespect and s scheme to revamp the beef between the two acts.

Kindly take a look te the screenshot below ; 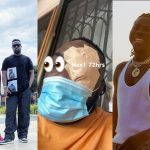 Sarkodie to report Stonebwoy to Ghana Police for assaulting his manager? 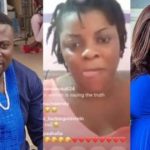