REVEALED! Shatta Wale did not buy a new car, he sprayed his old car for hype (video + photos) 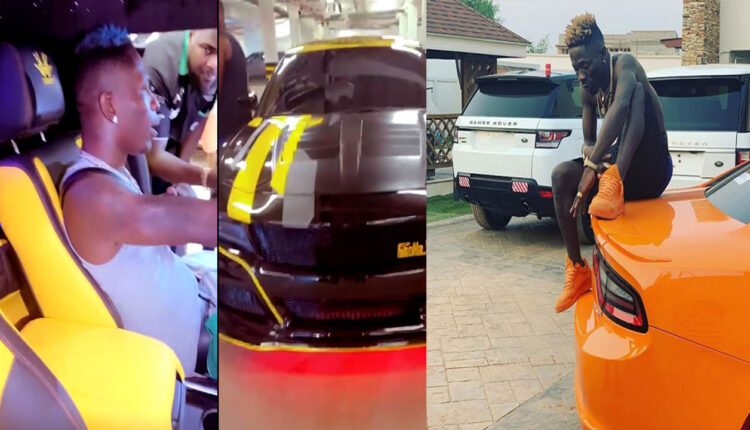 Dancehall King, Charles Nii Armah, alias Shatta Wale has been exposed after claiming he bought a new ‘whip’ (car) in a video he shared on social media.

Apparently, Shatta Wale who will be releasing his Gift of God album in the coming months was heard saying in a video available to Gossips24.com that he has bought a new car.

The car sighted in the video was customized with his name and the album art for his Gift of God album whiles the seats were embroidered with the ‘Hope’ sign.

Shatta was heard in the video saying, “my new whip,” meaning his new car. This got some followers to actually think its a new car he purchased and customized.

However, findings made by Gossips24.com reveal it’s an old car.

Actually, the car (Dodge Charger) is one of the oldest cars in Shatta Wale‘s garage and he only chose to spend some cedis on pimping the car which is very normal and classy.

The downside is the fact that he got his followers thinking he bought a new car and got it customized whiles it was actually an old car.

See photos of the old car below: