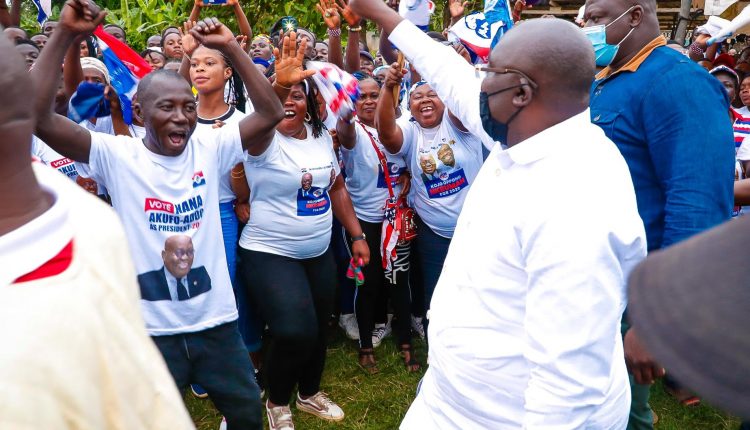 Vice President Dr Mahamudu Bawumia has put a new spin on the ballot positions of the New Patriotic Party (NPP) and National Democratic Congress (NDC) for in the December 7, polls.

At the recently held balloting at the headquarters of the Electoral Commission, the NPP picked the number one slot whilst the NDC had number two place. Addressing party supporters at a national fund raising ceremony in Accra on Friday, Dr Bawumia stressed that electorates must ditch the retrogressive NDC and choose the NPP for continuous development and strong economy.

“Interestingly when we selected our ballot paper positions, NPP is number one and NDC is number two, if you choose NPP you are going to take a step forward, if you choose NDC you are taking two steps backwards,” he said.He said the Vice President urged the citizenry to vote massively for the Akufo-Addo government for them to continue their good works.

“Everything that we said we wanted to do, the NDC said it was impossible. Whether it was the Free SHS, One Constituency- One Ambulance, One Village-One Dam, or the One District-One Factory. All this transformational policies were doubted by the NDC. “Today, after seeing these major transformation taking place, they back, asking Ghanaians to vote for them to replace the NPP.

“But the people of Ghana, know what the NDC is made up of, they don’t want to repeat that dance of one step forward, two steps backwards,” he stated.Dr. Bawumia also charged the party supporters at the Trade Fair Centre to adopt and sponsor at least one polling station to ensure the party retains power come December 7. Do you agree with him?