“Music doesn’t pay, I’m still poor after being a musician for the past 15 years” – Highlife veteran, Paa Solo cries 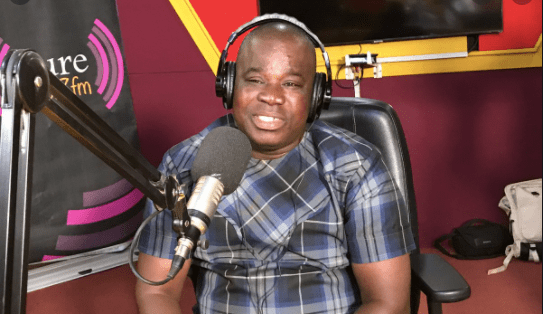 Paa Solo might be right to a certain extent because even top acts like Stonebwoy and the likes who are in their prime in this modern era receive just Ghc 2000 as royalties.

So how much more Paa Solo who was not fortunate enough to enjoy payment from music streams, youtube etc.

Ghanaian Highlife legend, Paa Solo who was once a member of the defunct music group named Sibo Brothers has revaled that he’s still very poor after being a full time musican for the past 15 years.

According to him, he can’t boast of anything after 15 years of doing music in Ghana, therefore, he will never allow any of his children to pursue music.

Whiles speaking in an interview with Dr Cann on Happy FM, he said;

Ever since I started doing music, I haven’t seen any improvement in my life and also, it does not pay as much as people think it does and I wouldn’t want my children to experience that. As I speak, I’m not receiving a pesewa from all my songs on YouTube but someone else is benefiting from it. I tried fighting for what rightfully belongs to me with my management but all to no avail

Some people even use my songs without my knowledge and if I approach them to pay me, it always turns out to be an issue so I always end up leaving the issue