Marriage is Not A Safeguard for Relationships according to CHRIS-VINCENT 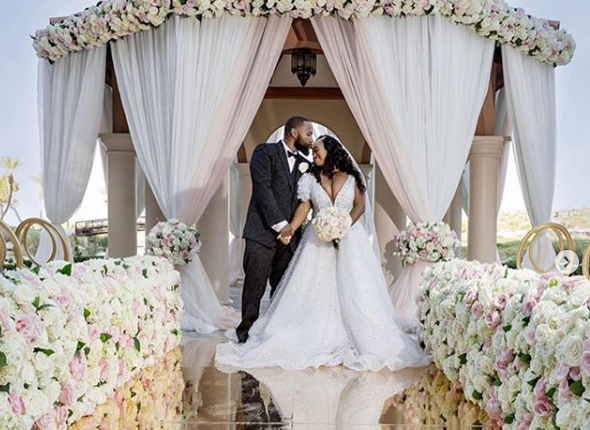 Chris-Vincent, has penned down a note about marriage and how it doesn’t safeguard relationships.

According to him, the performance of a marriage ceremony does not secure the relationship between the couple.

Read the full text below

“Perhaps, we should pay a little more attention to the famous British adage; if it’s not broken, don’t fix it.

Though a lot of my friends fail to catch the spirit of my argument which some even misconstrue for hypocrisy because of my status, I’ve always said that marriage does not in any way guarantee a relationship–and if anything at all, it seems to put unnecessary pressure on couples which sometimes lead to an early break-up.

All around the world, marriage has become more of a fantasy and also a convention expected of couples. It has actually become part of life’s cycle—a person is expected to go to school, get a job, get married, start a family, grow old and die.

It’s the “new cool” to get married and if you’ve been with your partner for many years, it does not matter. You would still have to “seal” the fate of your relationship with marriage. People wouldn’t stop asking you about when the marriage is happening and society itself wouldn’t so much appreciate your union without the marriage seal.

I know of several couples who have been together for over two decades and they are not married. And I know of those who get married and within a year, the divorce lawyers become their friends.
Of course, there are equally several others who have been married for many years.

However, the spirit of my argument rests on the fact that, there’s no real evidence that a relationship will last longer by virtue of the fact that a marriage ceremony has been performed to accord it a new status.

In September 2016, Angelia Jolie and Brad Pitt filed for divorce, which came just after two years of their marriage—and after over ten years of their relationship—confirming that we do not have to continue kidding ourselves that marriage is some sort of a special super glue which holds relationships together.

A lot of people are ignoring the core ingredients which hold relationships together to rather focus on a mere status change or ceremony–which is nothing more than an avenue for many to show off or to throw some hard-earned cash to the wind.

When I raise this argument, I get people asking me this: so why did you get married. The question itself tells me the person does not understand the spirit of my argument. I will be a fool to have gotten married because I believe that is what is going to secure my relationship.

People who are looking for lasting relationships should work on the various elements which foster partnerships–such as; kindness, understanding, selflessness and unfettered commitment to work things out.

It’s time we begin to tear down the century-old misconception that marriage somewhat safeguards relationships.”

Senseless slay queen cries her eyes out and pees on herself…