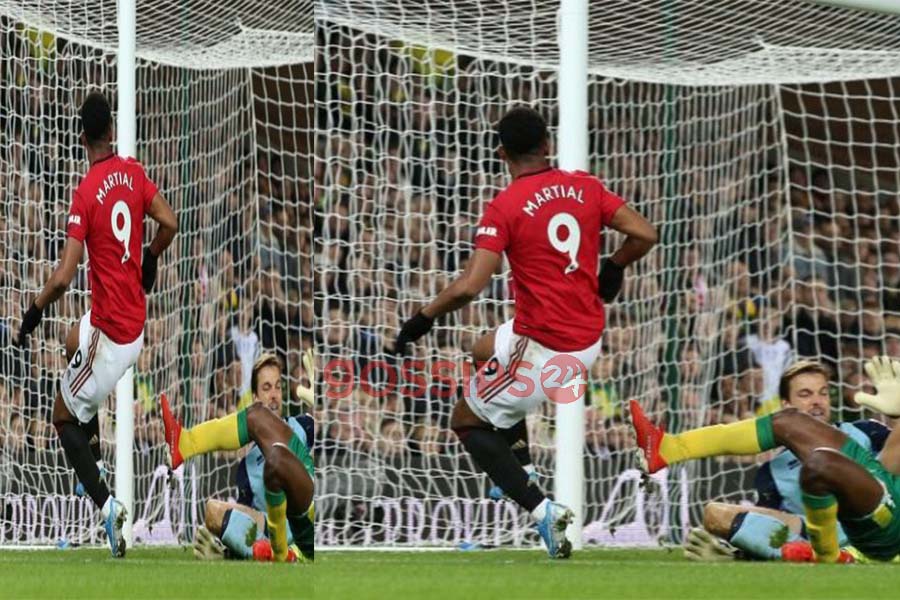 Manchester United won a Premier League away game 3-1 for the first time since February and would have beaten Norwich by more goals if not for two Tim Krul penalty saves.

Scott McTominay slammed home the opener seconds after a stunning reaction save from the Canaries keeper to deny Anthony Martial from close range.

According to BBC, the video assistant referee (VAR) then controversially awarded United a penalty for a Ben Godfrey foul on Daniel James – with Krul stopping Marcus Rashford’s kick.

But Rashford scored with United’s next attack as he was left in acres of space by the Norwich defence.


United – who move up to seventh in the Premier league – were awarded a second penalty by VAR for a Todd Cantwell handball. This time Martial took it and went the other way, and again Krul guessed correctly.

The Canaries, who remain in the relegation zone, had a couple of chances but United wrapped the game up when Martial clipped the ball over Krul after a good passing move with Rashford.

Norwich scored a late consolation through substitute Onel Hernandez, who took the ball off McTominay before running at United’s defence and shooting past David de Gea to becoming the first Cuban-born player to score a Premier League goal.