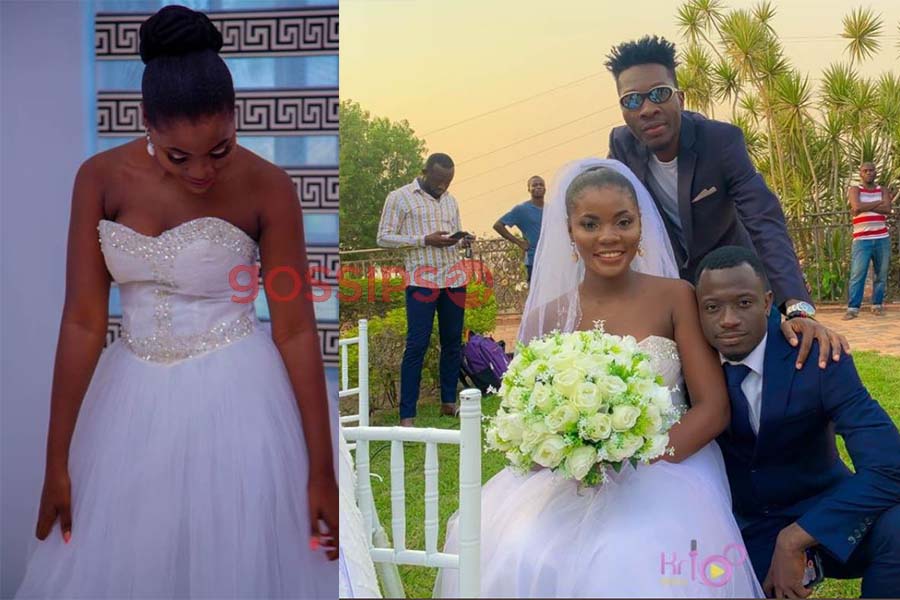 Karen the University of Ghana student who beat up her boyfriend Papa Kofi Owusu Kwarteng aka Pkay with chalewote has finally married.

Karen became famous in 2019 after she slapped her boyfriend after he allegedly cheated on her with other girls.

Well, a tweet sighted by Gossips24.com indicates she got married over the weekend.

Photos shared by a tweep, @elly_serwaaa about 4 hours ago suggested that the former UG student tied the knot over the weekend.

In one of the photos, we saw popular musician, Article Wan taking a shot with the supposed couple which gave us a second thought that it could be a music video after all.

Well, whatever it is, congrats to Karen, we hope she doesn’t slap her man in the future.

More Than London! See The new artworks on the streets of Accra