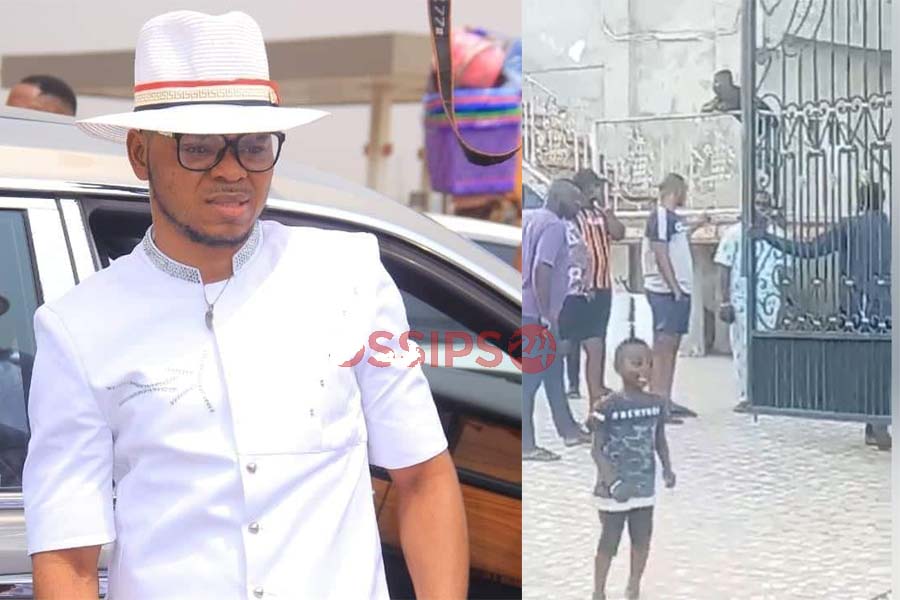 The first question I asked myself upon seeing the latest video of Bishop Daniel Obinim, now Angel Obinim, is whether he vanished from police custody? Because I remember the man of God was arrested by the Ghana police service.

Well, Angel Obinim has been sighted in a latest video trending on Facebook enjoying at his apartment with his entourage looking so unbothered.

Earlier, Gossips24.com said in a report that the man of God had been giving conditions to meet in order to be granted bail and later appear before the Magistrate court in Accra.

However, according to DSP  Juliana Obeng, Head of Public Affairs of the Criminal Investigations Department (CID) in a conversation with Adom News, Obinim failed to meet these conditions.

The conditions included a sum of Ghc100,000 with three sureties and one person to be justified before his first hearing on June 1, 2020.

But, a new video shared by a Facebook page Angel Obinim Obinim HYPES TV suggests Obinim was no longer in police custody. In the video, the man of God was seen talking to his workers at an unknown residence looking so calm in his designer shorts.

Women who trooped in to see the Angel for the first time since his arrest cheered him up and hooted at his haters. As to how the Obinim got out of police custody is still a mystery – maybe he vanished.

The video’s caption read; “Angel Obinim spotted this morning in his house enjoying the sun..” [reference below]