Dancehall general, Jupiter has advised and warned award-winning musician Stonebwoy over his brewing feud with his godfather, Samini.

The ‘Money Box’ hitmaker in a tweet said Stonebwoy should have have called Samini to sort their differences out instead of resorting to say harsh words to him on radio.

Jupiter opined that the planned Shatta-Stonebwoy clash by Asaase Radio is good for the dancehall game however, that shouldn’t give Stonebwoy the right to talk ‘trash’ to Samini.

He wrote: “The clash is good for the game, but don’t ever say wrong words to samini @stonebwoyb … call him and sort your differences, few ppl can do what he did 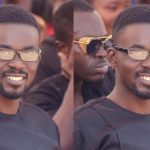 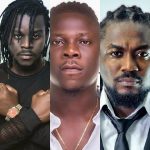 Jupita goes to Samini’s rescue, defends him against Stonebwoy (screenshot)