Ghanaian internet sensation, AYPoyoo has set internet users rolling on the floor succeeding a snippet of his yet to be released full interview with Delay, Gossips24.com reports.

According to the “Wash Out” king his mother wanted him to become a doctor but considering his looks he decided to pursue music instead.

According to Ay Poyoo, his ugly face alone can scare a sick patient to death hence it’s advisable he quashes that dream and focus on music as his professional career.

The full interview is yet to be released by Delay, this is just an excerpt from it. Kindly watch Ay Poyoo’s hilarious interview with Delay below: 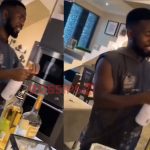 Watch: Bisa Kdei swerves all the guys, organises a party for ladies only inside his plush mansion 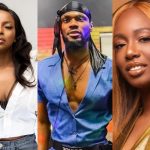