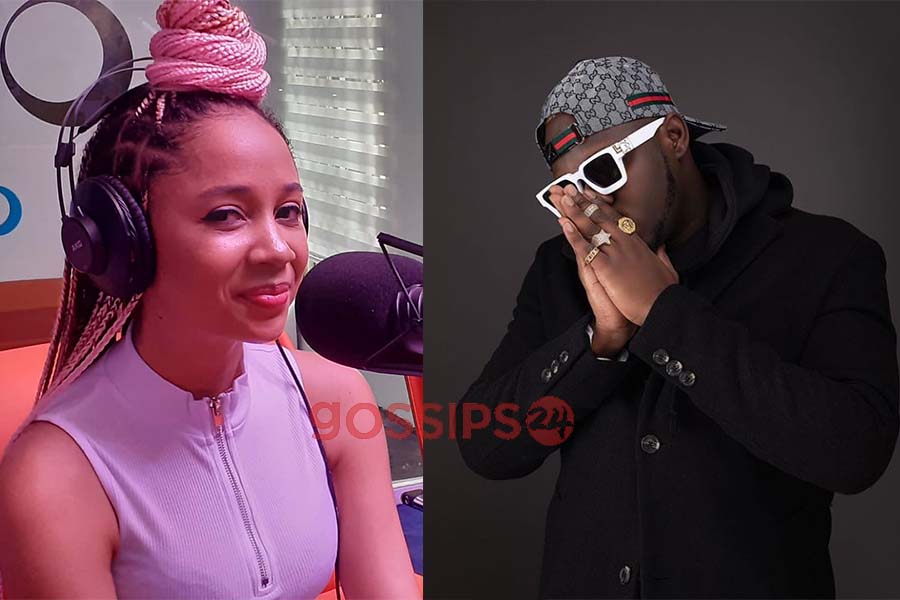 There were rumours after the break up between Derby and Medikal that Derby is infertile, to wit, she can’t get pregnant something Medikal wanted so badly.

This was among the numerous reasons – she can’t cook, she is older than her – that was given in several post-breakup analysis.

However, Derby has ruled out two rumours which were the supposed reasons given after the breakup, leaving out one – the birth factor.

In an interview with Arnold Mensah on Vibes on 5, Sister Derby confessed that she really and was ready to bear a child for Medikal.

In Derby’s voice, she was on some medications for her ackne which prevented her from being pregnant. She added that they both planned to have a baby in their second year of being together.

But, Fella ruined everything as she made their last 8 months together a hell for them which prevented them.

She added that she would have kept the baby if they had been pregnant prior to their breakup because of her love him.