I Haven’t Seen My Period Since December- Princess Shyngle

According to the actress with no small intestines, the last time she menstruated was in December so it’s possible she’s pregnant, and wants to undergo a pregnancy text to be sure.

In a recent post on her Snapchat story, the actress indicated that the last time she had s*x was on December with her ex and ever since, she has not seen her periods.

(+Video) My Marriage Failed Because Of Social Media-…

She therefore called on her fans to wish her good luck as she undertake this test to confirm whether she is Pregnant or not.

We hope this doesn’t end up as one of the publicity stunts or anything of the sort. However Ghanaian’s are convinced she won’t be able to have kids due to  the nature of her body.

Gossips24 is here to keep you updated. 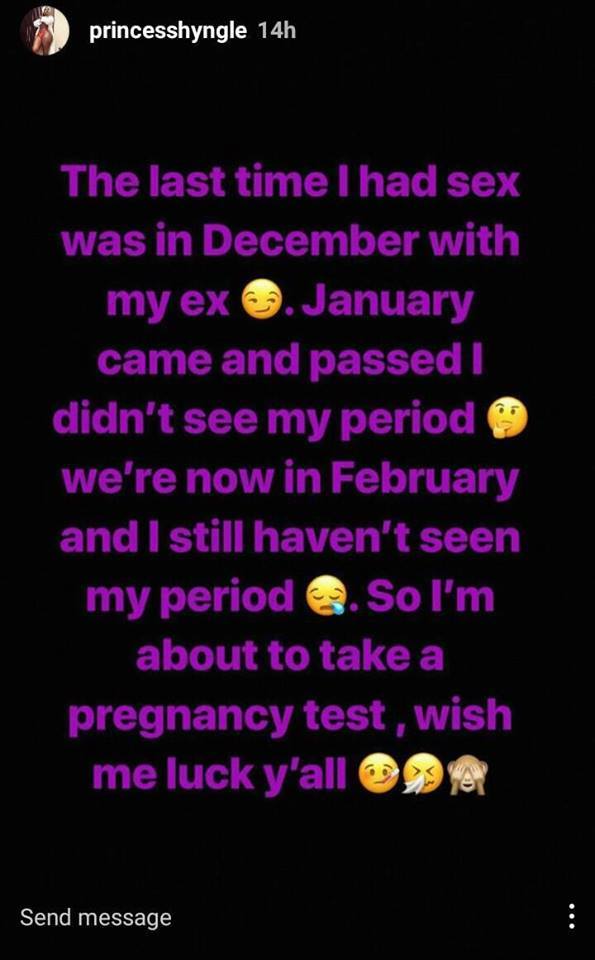